What is James Cameron's net worth?

James has earned a few extremely significant financial windfalls during his career thanks to some extremely savvy business decisions. As we detail later in this article, James famously gave up his $8 million salary when Titanic went over-budget. He took back-end points instead. Those points eventually translated into a $650 million payday for Cameron when the film became the highest-grossing movie of all time up to that point. Thanks to a similar profit-sharing deal, James has earned at least $350 million off the Avatar franchise to date.

Cameron was born on August 16, 1954 in Ontario, Canada. He is the oldest of five siblings. When Cameron was 17, his family moved to Brea, California.

In 1973, Cameron enrolled at Fullerton College, a community college in northern Orange County, but ultimately left after a year. He then took on odd jobs as a truck driver and janitor. Writing had always been one of his hobbies and after seeing Star Wars in 1977, he quit his job with plans to enter the film industry.

His directing career officially began in 1978, when he directed, wrote and produced his first short film, Xenogenesis with a friend. He went on to become the production assistant for Rock and Roll High School (1979) and then the art director in the science-fiction film Battle Beyond the Stars (1980). He did special effects for John Carpenter's Escape from New York (1981), served as production designer for Galaxy of Terror (1981), and consulted on the design for Android (1982).

The breakthrough in Cameron's career came from directing The Terminator in 1984. Desperate to get the film made without compromising his vision, he famously sold the rights to his story concept to producer Gale Anne Hurd for just $1. In exchange, Hurd agreed to let Cameron direct the movie himself. Selling his concept had clear upsides and downsides. On the plus side, the Cameron-directed first Terminator earned $78 million on a budget of $7 million. Decades later it would also be selected for preservation by the United States National Film Registry. On the downside, Cameron lost control of the rights to future Terminator sequels, merchandise and more. Cameron would later be forced to see his baby go through several ignoble film installments, for example Terminator: Genisys. However, according to the contract he forged back in 1984, James re-gained the rights to the franchise in 2019.

James Cameron's greatest success has come from directing Titanic (1997) and Avatar (2009). At the 1998 Academy Awards, the critically acclaimed Titanic received 14 nominations, a record-tie with 1950's All About Eve. Titanic is also Cameron's second film to be chosen for preservation in the United States National Film Registry. The 2009 3D sensation, Avatar, was nominated for nine Oscars and ended up winning three (for Best Art Direction, Best Cinematography and Best Visual Effects.)

Over the course of his career, Cameron has also co-founded three production companies: Lightstorm Entertainment, Digital Domain and Earthship Productions.

In 2010, Cameron was named one of the 100 most influential people in the world by Time magazine. 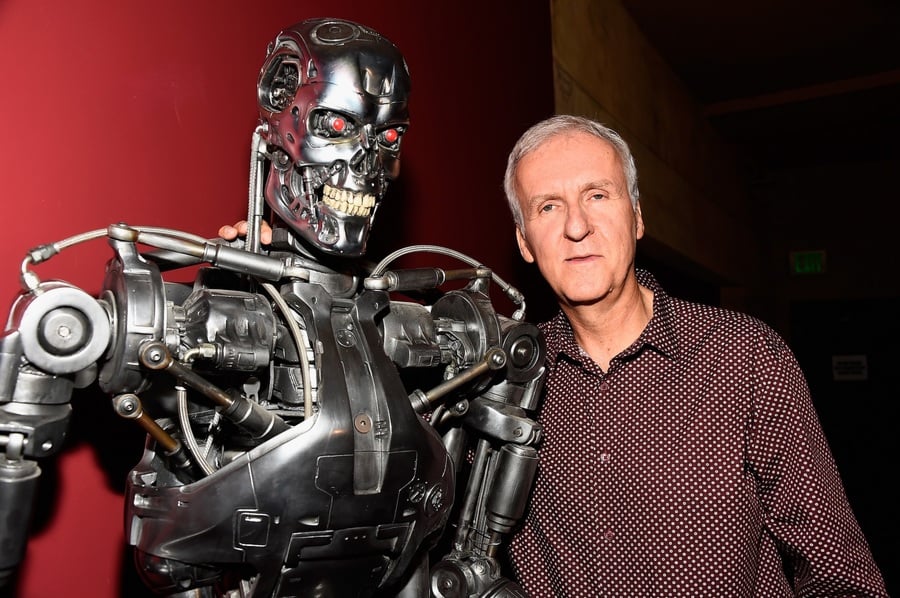 When foreign markets, DVDs, video games, TV shows, and merchandise are taken into account, Cameron has generated—without adjusting for inflation—over $7 billion worth of revenues. He has the distinction of directing two of the highest grossing movies of all time with Titanic ($2.19 billion) and Avatar ($2.78 billion). He was also the first person to ever direct a movie with a $100 million budget with Terminator 2: Judgment Day, and a $200 million budget with Titanic and Avatar, which cost roughly $500 million when it finally hit theaters in 2009.

The largest payday Cameron ever had was from Titanic. After the movie went way over budget, he agreed to trade in his $8 million directing fee in exchange for backend profits. This turned out to be a wise move,which has netted him over $650 million to date and made him one of the richest directors of all time.

Thanks to Avatar, he will be able to write, produce and direct some of the biggest movies ever while he continues to covet a career in film. In 2010 alone, Cameron made an estimated $260 million thanks to the massive success of Avatar. He has earned north of $350 million to date off Avatar.

Please note that between Avatar and Titanic alone, James Cameron has earned at least $1 billion.

Cameron is a Canadian citizen and has resided in the United States since 1971. He applied for American citizenship in 2004, but withdrew his application after George W. Bush won the presidential election.

Cameron has tied the knot five times. He was first married to Sharon Williams from 1978 to 1984. One year after his divorce from Williams, Cameron married film producer Gale Anne Hurd. Their union ended in 1989. He was then married to director Kathryn Bigelow from 1989 to 1991. Soon after marrying, the two spent $1.8 million on a home in Beverly Hills. Kathryn listed this home for sale in 2018 for $13 million.

In 1993, actress Linda Hamilton gave birth to Cameron's first daughter, Josephine Archer Cameron. The couple later married in 1997, but separated 18 months later amid rumors of an affair between Cameron and actress Suzy Amis. When they divorced, he was forced to pay Hamilton a hefty $50 million settlement.

In 2000, Cameron married his fifth wife, Amis. They have two daughters and a son together.

Over the years, Cameron has become an expert on deep-sea exploration. This is due to his work on The Abyss and Titanic, as well as his lifelong fascination with shipwrecks. (Over the years, he has produced a number of documentaries on the subject, too.) In 2011, Cameron became a National Geographic explorer-in-residence, and one year later, he became the first person to perform a solo descent to the bottom of the Mariana Trench, the deepest part of the Earth's ocean.

Cameron splits his time between homes in California and New Zealand.

In 2012, he reportedly purchased 2,500 acres of New Zealand farmland for $16 million and built a ranch on the property.

From 1989 until 2020, James' primary LA residence has a been property in a gated community in the hills above Malibu called Serra Retreat. Over time he combined several parcels to create a 4.5-acre compound consisting of several structures (basically two large mansions) that have a combined 16,000 square-feet of living space and 11 bedrooms, two pools, multiple spas and more.

James listed the insane compound for sale in September 2020 for $25 million. Check it out in this video tour:

In June 2021 one of the two combined mansions in the video above sold for $8.2 million.

A former Cameron-owned Malibu property covers a bit more than 700-acres. The property was compiled over several transactions starting with a 500-acre purchase in 1999 for $5.4 million. In 2007 he listed the full 700-acres for $25 million. He ultimately did not find a buyer. In 2014, a government non-profit called the Mountains Recreation and Conservation Authority purchased the land for $12 million. 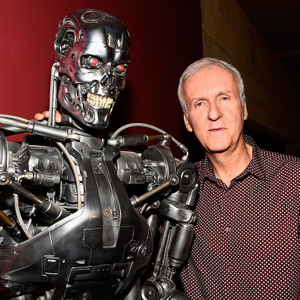