Jack Bender net worth: Jack Bender is an American film and television director, actor, and television producer who has a net worth of $6 million. Jack Bender was born in Los Angeles, California in September 1949. He directed the television series Eight Is Enough from 1979 to 1981. He has also directed multiple episodes of several TV series including King's Crossing, Falcon Crest, Fame, The Paper Chase, I'll Fly Away, Beverly Hills, 90210, Profiler, Felicity, Ally McBeal, Judging Amy, Alias, The Sopranos, Lost, Alcatraz, Under the Dome, The Last Ship, Game of Thrones, Mr. Mercedes, and more.

Bender has served as executive producer for TV series including Lost, Lost: Missing Pieces, Alcatraz, Under the Dome, The Last Ship, and Mr. Mercedes. He won a Primetime Emmy Award in 2005 for Outstanding Drama Series for Lost. As an actor he appeared in episodes of the TV series All in the Family, The Mary Tyler Moore Show, and The Bob Newhart Show and also starred in the movies The Million Dollar Duck and Savage. 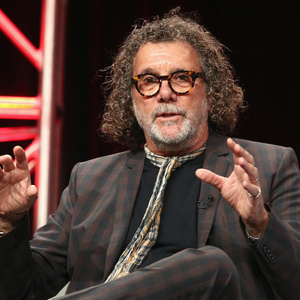