Ivan Reitman net worth: Ivan Reitman is a Czechoslovakian film producer and director who has a net worth of $100 million. Ivan Reitman obtained his net worth by owning The Montecito Picture Company, and producing many movies, including Six Days Seven Nights, I Love You, Man and Ghostbusters III. Born in 1946, in Czechoslovakia, Ivan Reitman was raised in Canada by his concentration camp-survivor parents.

Although he didn't enjoy the public-exposure of his contemporaries George Lucas and Steven Spielberg, he did make a profound impact on film-making trends throughout the late 1970s and 1980s. Actually, what Lucas and Spielberg did for fantasy adventure, Reitman did for big-budget comedies. After making an unsuccessful attempt to produce low-budget horror thrillers with director David Cronenberg, he struck gold for his groundbreaking National Lampoon's Animal House (1978). In the director's chair he continued to craft box office hits like Meatballs (1979), Ghostbusters (1984), Kindergarten Cop (1990), Six Days and Seven Nights (1998) and Twins (1988). Even though he stumbled as a director in the 2000s with movies like Evolution (2001) and My Super Ex-Girlfriend (2006), Reitman enjoyed Oscar-nominated success, but this time as a producer of the exquisite Up in the Air (2009), which added considerable heft to his already weighty career. 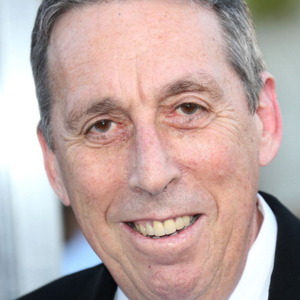