What is Irwin Winkler's Net Worth?

Irwin Winkler is an American Film producer and director who has a net worth of $100 million. Irwin Winkler has produced numerous Oscar-winning films, including the 1976 Best Picture winner "Rocky." He also produced "They Shoot Horses, Don't They?," "Raging Bull," "The Right Stuff," and "Goodfellas," among other major titles. Meanwhile, Winkler's credits as a director include "Guilty by Suspicion," "The Net," "Life as a House," "De-Lovely," and "Home of the Brave." Winkler has earned a star on Hollywood Boulevard at 6801 on the Hollywood Walk of Fame for his contribution to the motion picture industry.

Irwin Winkler was born on May 28, 1931 in New York City to Jewish parents Anna and Sol. Graduating from high school early, he went on to attend New York University, where he felt out of place among the many older students who had enrolled at the school through the G.I. Bill. Subsequently, at the advent of the Korean War, Winkler enlisted in the Army and was stationed in Louisiana. After completing two years of service there, he returned to NYU to complete his degree. Winkler graduated with a BA in American literature in 1955.

After graduating from NYU, Winkler got a job in the mailroom of the William Morris Agency in Hollywood. He eventually worked his way up to becoming an agent, taking on such clients as comedians Jackie Vernon and Sammy Shore. Later, Winkler established a talent management company with producer and manager Robert Chartoff. Among their notable clients was actress Julie Christie.

In 1967, Winkler had his first producing credit on the Elvis Presley musical "Double Trouble." Also that year, with Robert Chartoff and Judd Bernard, he co-produced John Boorman's crime film "Point Blank." Winkler went on to produce the Western "Blue" and the neo-noir "The Split." In 1969, Winkler and Chartoff had their biggest hit yet with Sydney Pollack's "They Shoot Horses, Don't They?," which earned nine Academy Award nominations. Next, the duo produced "Leo the Last" and "The Strawberry Statement." Winkler and Chartoff went on to produce numerous films over the subsequent years, including "Believe in Me"; "The Gang That Couldn't Shoot Straight"; "The New Centurions"; "Thumb Tripping"; "The Mechanic"; "Up the Sandbox"; "Busting"; "S*P*Y*S"; "The Gambler"; and "Breakout."

In 1980, Winkler and Chartoff reunited with Scorsese to produce the director's biographical boxing drama "Raging Bull." A massive critical hit, the film earned the pair their second Academy Award nomination for Best Picture. They subsequently produced "True Confessions," "Rocky III," and "Author! Author!" before receiving another Best Picture nomination for the 1983 historical space drama "The Right Stuff." In 1985, Winkler produced his final film with Chartoff, "Rocky IV." He went on to become a solo producer after this, with his credits including the historical drama "Revolution"; the musical drama "Round Midnight"; and the Costa-Gavras films "Betrayed" and "Music Box."

A decade after "Raging Bull," Winkler produced his third film for Martin Scorsese, the biographical mob film "Goodfellas." The film earned six Academy Award nominations, including Best Picture. Winkler produced less frequently after this, with his only other credits in the 90s being "Rocky V" and "The Juror." He returned in 2001 to co-produce "The Shipping News." The year after that, he produced the Jennifer Lopez thriller "Enough." Following a nine-year producing hiatus, Winkler co-produced "Trespass" in 2011. After that, he produced the 2014 remake of "The Gambler"; notably, he had produced the original film 40 years prior. Winkler's other producing credits have included Scorsese's "Silence" and "The Irishman," as well as the first three films in the "Creed" franchise. 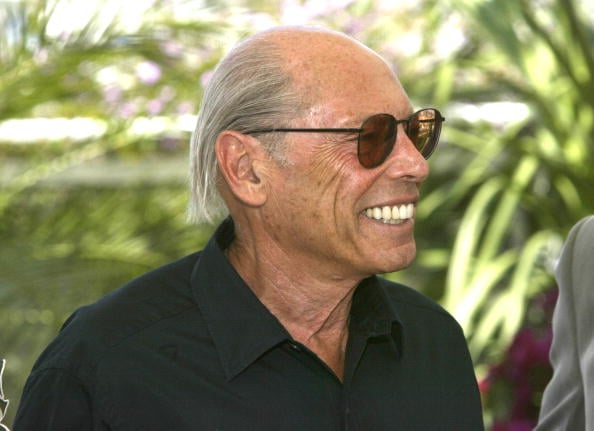 In 1991, Winkler made his debut as a film director with "Guilty by Suspicion," which he also wrote. Focused on events surrounding the Hollywood blacklist in the 1950s, the film stars Robert De Niro and Annette Bening. Following this, Winkler directed a remake of the classic film noir "Night and the City." Released in 1992, it reunited him with De Niro, who stars in the film opposite Jessica Lange. Winkler's next film as director was the 1995 action thriller "The Net," starring Sandra Bullock. In 1999, he directed the romantic drama "At First Sight," starring Val Kilmer and Mira Sorvino.

Winkler's first directorial credit of the new millennium was the 2001 drama "Life as a House," starring Kevin Kline as a man with cancer who attempts to rehabilitate his relationship with his ex-wife and teen son. Kline returned to star in Winkler's next film, 2004's "De-Lovely," in which he portrayed famed composer and songwriter Cole Porter. Two years after that, Winkler directed "Home of the Brave," which follows the lives of a group of Army National Guard soldiers as they return to the United States from Iraq. The film stars Samuel L. Jackson, Jessica Biel, Brian Presley, and 50 Cent, among others.

Winkler wed his wife, actress Margo Winkler, in 1959. Together, they have three sons named Charles, David, and Adam. The first two children are both film producers and directors, while Adam is the Connell Professor of Law at the UCLA School of Law.