Howard Deutch net worth: Howard Deutch is an American film and television director who has a net worth of $25 million. Howard Deutch was born in New York City, New York in September 1950. Howard attended The Ohio State University. His career started at United Artists Records in the advertising department.

Howard directed music videos for Billy Idol and Billy Joel. He has directed the movies Pretty in Pink, Some Kind of Wonderful, The Great Outdoors, Article 99, Getting Even with Dad, Grumpier Old Men, The Odd Couple II, The Replacements, The Whole Ten Yards, and My Best Friend's Girl. Deutch has also directed episodes of the television series Tales from the Crypt, Melrose Place, Caroline in the City, Big Love, Harry's Law, CSI: NY, Warehouse 13, American Horror Story, and Getting On. He directed and served as co-executive producer for the series True Blood starting in 2013. Deutch won a CableACE Award in 1991 for Directing in a Dramatic Series for tales from the Crypt. He was nominated for a Directors Guild of America Awards for Outstanding Directorial Achievement in Movies for Television for Gleason in 2003. Howard married actress Lea Thompson in 1989. Their daughters Zoey and Madeline Deutch are both actresses. 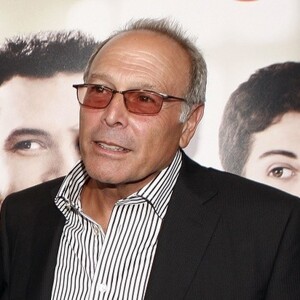