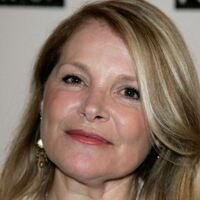 Helen Shaver net worth: Helen Shaver is a Canadian actress and director who has a net worth of $10 million. Helen Shaver was born in St. Thomas, Ontario, Canada in February 1951. As an actress she starred as Libby Chapin on the television series United States in 1980. In 1981 she starred as the title character on the TV series Jessica Novak. Shaver starred as Teresa Hyler on the series Hill Street Blues in 1982. From 1990 to 1991 she starred as Kelby Robinson on the television series WIOU. One of her best known roles came starring as Rachel Corrigan on the TV series Poltergeist: The Legacy from 1996 to 1999. Shaver starred as Erica Bettis on the series The Education of Max Bickford from 2001 to 2002. She has starred in several films including The Amityville Horror, The Color of Money, The Land Before Time, Morning Glory, The Keeper, Numb, and more. She has more than 50 directing credits and was nominated for a Daytime Emmy Award in 2002 for Summer's End.