Hart Bochner net worth: Hart Bochner is a Canadian actor, film director, screenwriter, and producer who has a net worth of $5 million. Hart Bochner was born in Toronto, Ontario, Canada in October 1956. As an actor he had a recurring role on the TV mini-series East of Eden as Aron Trask in 1981.

Bochner had a recurring role on the TV mini-series War and Remembrance as Byron Henry from 1988 to 1989. In 2008 he had a recurring role as Zach McNeill on the TV series The Starter Wife. Hart Bochner starred as Lieutenant on the TV mini-series Too Old to Die Young in 2019. He has appeared in several films including Supergirl, Die Hard, Mr. Destiny, Anywhere But Here, Urban Legends: Final Cut, Carrie (2013), and more. Hart Bochner has also appeared in episodes of the TV series Leverage, Grey's Anatomy, Franklin & Bash, Scandal, Royal Pains, Criminal Minds, and more. He wrote, directed, and produced the films The Buzz and Just Add Water and directed the movies PCU and High School High. He is the son of Lloyd Bochner. 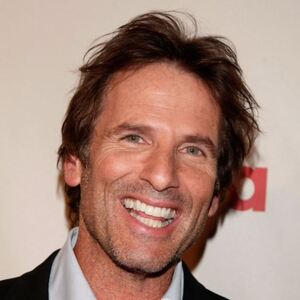