Harmony Korine Net Worth: Harmony Korine is an American filmmaker, screenwriter and occasional actor who has a net worth of $8 million. Harmony Korine was born on January 4, 1973, in Bolinas, California, US. He is most widely known for writing Kids, and for directing, Spring Breakers, Gummo, Julien Donkey-Boy and Mister Lonely.

After graduating from Hillsboro High School, Korine went on to study English at New York University for one semester before dropping out. At this point, he met photographer Larry Clark who would ask him to write Kids' screenplay. Korine needed only three weeks to pen the screenplay for the film telling a 24-hour story about the sex and drug lives of several Manhattan teens that has been touted as a realistic picture of youth in New York City during the AIDS crisis. After this cult film (that received mixed critics), Korine both wrote and directed Gummo (1997), a film based on the life in tornado-stricken Xenia, Ohio, in the early 1970s. His next feature, Julien Donkey-Boy came in 1999, being based on the experience of a paranoid schizophrenic. The project was accompanied with both praise and disapproval just as Korine's earlier films. In his subsequent movies, it could be noticed that Korine's aesthetic changed with each project, moving from the polished dream structure of Mister Lonely (2007) to the ultra-lo-fi photography of Trash Humpers (2009) and Hollywood genre film turned on its ear with Spring Breakers (2013). Even though adored and loathed with equal degrees of fervor, Harmony Korine managed to cement his position as one of the most fearless independent filmmakers of the 20th century and beyond. 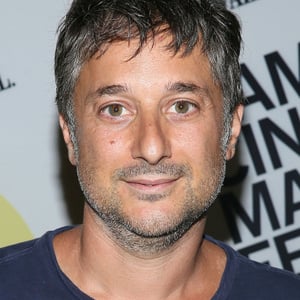