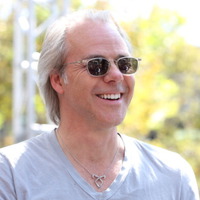 Harald Zwart net worth: Harald Zwart is a Norwegian film director who has a net worth of $4 million dollars. Harald Johan Zwart was born in the Netherlands in July 1965. He grew up in Norway and at eight years old started to make short films. Zwart attended the Dutch Film Academy in Amsterdam. While studying there his student film Gabriel's Surprise was highly acclaimed. The film was later shown on television. Zwart has directed the films Agent Cody Banks, One Night at McCool's, The Mortal Instruments: City of Bones, The Karate Kid (2010), The Pink Panther 2, Long Flat Balls, and Commander Hamilton. He also directed the TV mini-series Hamilton in 2001. Zwart has also directed two videos for the Norwegian band A-ha. Zwart executive produced and directed the video game RollerCoaster Tycoon. One of Zwart's distinguishing features is placing props representing the city of Fredrikstad and their football club in his films. He was honored with being the first Norwegian to become a member of the Directors Guild of America.