What is Guy Ritchie's Net Worth?

Guy Ritchie is a British screenwriter and director who has a net worth of $150 million. He is probably most famous for directing a number of British gangster films, although he also reached considerable notoriety with the Sherlock Holmes film franchise. Outside of his film career, Ritchie has experienced success as an entrepreneur.

Guy Stuart Ritchie was born on September 10th of 1968 in Hatfield, Hertfordshire, England. Raised alongside an older sister, Guy Ritchie shares common ancestors with Catherine, Duchess of Cambridge. His grandmother's last name is McLaughlin, a family with close ties to royalty since the time of King Edward I. Both of his parents eventually remarried.

Guy struggled with dyslexia while growing up, and that contributed to a number of issues at school. While attending secondary school, he was expelled for drug use/possession, although Ritchie's father claims that he was actually kicked out for skipping class and bringing girls into his dorm room (he attended a boarding school).

After being expelled, Ritchie focused his full attention on a film career, taking entry-level jobs within the British film industry. He then found himself directing television commercials before creating his first short film in 1995. Entitled "The Hard Case," the 20-minute film gained the attention of Trudie Styler, who invested in Ritchie's next project: "Lock, Stock and Two Smoking Barrels." Prior to the release of this film, Ritchie also met with Peter Morton, the co-founder of the Hard Rock Cafe franchise. He too was interested in producing his script for "Lock, Stock and Two Smoking Barrels."

After spending about 15 months gaining funding for his project, he finally released his debut film in 1998. The film not only met with critical and commercial success, but it also effectively launched the careers of several British actors, including former footballer Vinnie Jones (and to some extent Jason Statham). Ritchie followed up with "Snatch" in 2000, a film that starred some of Hollywood's biggest stars – including Benicio del Toro, Dennis Farina, and Brad Pitt. The film became much more successful than Guy's first movie, with box office earnings of over $83 million. However, most critics agreed that his debut effort had actually been the superior film. 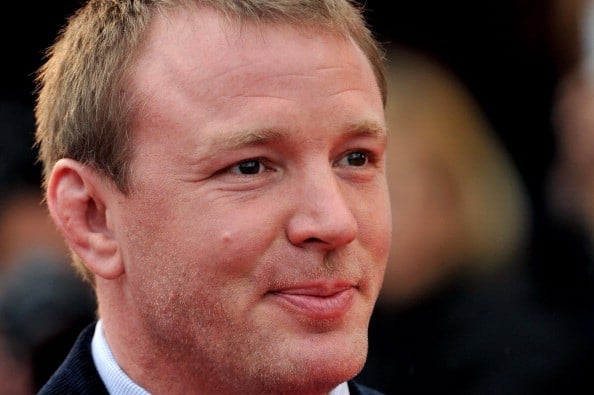 Disaster struck in 2002 when Ritchie tried to launch the film career of his then-wife Madonna in a film called "Swept Away." The film flopped at the box office and was universally attacked on all sides by critics. As a result, Guy's third film won several Raspberry Awards. This put a major dent in his career, and he spent the next two years planning out his next move. However, he hardly fared any better with 2005's "Revolver," which proved to be a critical and commercial failure. He tried again with 2008's "RocknRolla," which was definitely an improvement – although still nowhere near the level he had achieved with his earlier films.

Things turned around for Guy Ritchie in a big way when he directed "Sherlock Holmes." The film was released in 2009, and it featured a star-studded cast that included Robert Downey Jr. and Jude Law. The film received positive reviews from critics and managed to rake in over $520 million at the box office. In 2011, Guy followed up with the sequel "Sherlock Holmes: A Game of Shadows," which also soared at the box office with earnings of over $545 million.

After spending a long period directing commercials for brands like H&M and Haig, Ritchie directed the 2015 film "The Man From U.N.C.L.E." This film failed to please critics in the same way as he had done with the Sherlock Holmes films. He then played a part in the unmitigated failure that was "King Arthur: Legend of the Sword," directing the film that lost millions for Warner Bros. and Village Roadshow Pictures.

Once again, Guy bounced back when he directed Disney's live-action 2019 film "Aladdin," which grossed more than $1 billion worldwide. Despite its commercial success, "Aladdin" failed to impress critics. He then returned to his roots, directing the crime film "The Gentlemen." In 2020, it was announced that Ritchie was working on another film called "Cash Truck."

In 2015, he started dating model Jacqui Ainsley. The pair subsequently had three children together.

As part of the divorce proceedings, Guy Ritchie is said to have received about 50 million pounds after splitting with Madonna. The 2008 settlement allowed Ritchie to receive a number of properties, including a 1,200-acre home in Wiltshire and a pub in Mayfair called the Punchbowl (which he purchased prior to his marriage with the pop star). The pub became a popular hotspot for celebrities such as Leonardo DiCaprio, Kevin Spacey, and David Beckham, but Ritchie eventually sold it. Madonna and Ritchie also agreed to share custody of their children following the end of their 8-year relationship.

Guy Ritchie has embarked on a number of entrepreneurial ventures over the course of his life, including the establishment of Gritchie Brewing Company. He also owns a few pubs around England, so getting his own signature brews in the hands of customers is not a difficult prospect.

Following his split with Madonna, Ritchie purchased a home in 2019 that was about 200 yards away from the singer's London mansion. Madonna wasn't annoyed by this, in fact she was glad that the father of her children would be nearby in order to spend time with the kids whenever possible. In 2010, Guy purchased two adjoining mansions in London's Fitzrovia neighborhood. He paid 6 million pounds for the pair of them, which are located in a Georgian square. After this purchase, Ritchie immediately set to work by combining the two properties into one.

In 2018, it was reported that Guy Ritchie and David Beckham had teamed up to purchase a pub in Notting Hill called the Walmer Castle. The pair of British celebrities paid 3 million pounds for the establishment, and they quickly announced plans to renovate the place with modern updates. That year, Ritchie also purchased a separate pub called the Lukin near his place of residence in Fitzrovia. 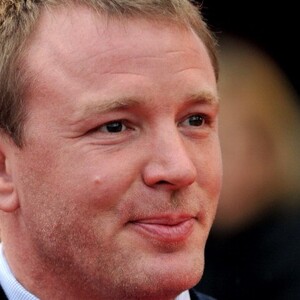