What is Guillermo del Toro's Net Worth and Salary?

Guillermo del Toro is a Mexican director and producer who has a net worth of $40 million. Del Toro is best known for creating a number of stunning fantasy films, including "Pan's Labyrinth" and "The Shape of Water," which both won Academy Awards. Guillermo is just as comfortable making Hollywood blockbusters as he is with creating low-budget indie films. Outside of directing, Guillermo is a talented special effects makeup artist, writer, and producer with a variety of credits to his name.

He is also known for creating a number of novels, some of which have been adapted into comic book series. Throughout his life, del Toro has remained fascinated with fairy tales, monsters, horror, and religious imagery. Many of these aspects can be found in his various films. Guillermo is considered one of the most influential people on the planet, and he was given his own star on the Hollywood Walk of Fame in 2019.

Guillermo del Toro Gómez was born on October 9th of 1964 in Guadalajara, Jalisco, Mexico. Born into a family with Spanish roots, Guillermo was raised in a strict Catholic household. At the age of eight, del Toro started to play with his father's Super 8 camera and made a number of short films. After graduating from secondary school, del Toro studied at the University of Guadalajara.

Early in his career, Guillermo released a number of short films before creating his first feature. During these early years, he also wrote and directed various episodes of the series "La Hora Marcada." Guillermo then ventured into special effects and spent ten years working as a special effects makeup artist. He even formed his own special effects company called Necropia.

One of Guillermo's first feature films was "Mimic." The experience was not a positive one for the Mexican director. He was given a $30 million budget to shoot the film, and he later admitted that he was treated badly by Miramax. This caused his friend James Cameron to become enraged, and Cameron confronted Harvey Weinstein about Guillermo's treatment during the 70th Academy Awards.

Del Toro truly came into his own during the early 2000s. "Blade II" was one of his first big Hollywood blockbusters, and he followed up with the fan-favorite "Hellboy" in 2004. During this period, he also released a critically-acclaimed film called "The Devil's Backbone." A similar yet unique film came in 2006 with "Pan's Labyrinth." The film won three Academy Awards and helped cement Guillermo's reputation as a masterful director.

In 2008, he was hired to direct "The Hobbit," although Peter Jackson later ended up directing the films himself. In the late 2000s, del Toro released his first novel, entitled "The Strain." Two more books followed over the next few years, all within the apocalyptic vampire genre.

During the 2010s, he gained notoriety for directing films like "Pacific Rim," which grossed $411 million at the box office. In 2015, he directed a horror entitled "Crimson Peak." After the premiere of "The Shape of Water" in 2017, del Toro won the Academy Award for Best Picture and Best Director thanks to this incredible film. During the late 2010s, Guillermo began producing "Trollhunters" on Netflix, which is one of the most popular kids shows on the platform. Towards the end of the decade, he announced that he would be making a dark stop-motion film called "The Adventures of Pinocchio," which is apparently going to be a reimagining of the rise of Mussolini. 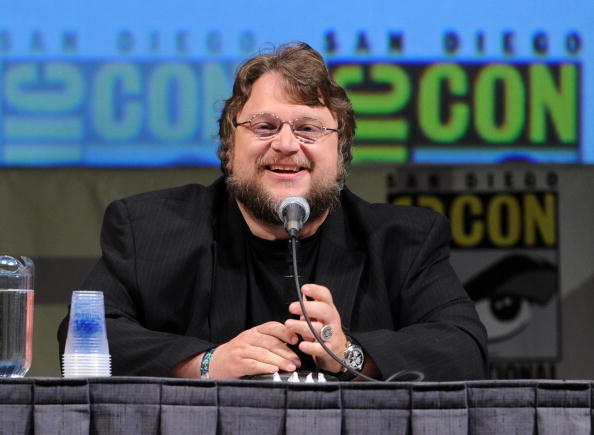 Guillermo del Toro was married to his high school sweetheart, Lorenza Newton, from 1986 to 2017. He reportedly paid her roughly half of his net worth in a divorce settlement, potentially as much as $30 million. Hence his relatively "small" net worth compared to directors of similar success. Del Toro and Newton have two children together, both daughters.

In 2018, Guillermo sold a home in Agoura Hills, Ca for $2.1 million. He originally purchased the residence for $1.633 million in 2010. He listed it for $2.195 million earlier in 2018 before settling on a final selling price of $2.1 million. This particular residence spans 5,700 square feet and features 5 bedrooms. Additional details including a pool, a spa, a marble-lined fireplace, and a lounging patio.

In a 12-month period starting in 2019, Guillermo purchased THREE homes in Los Angeles. #1) He paid $4.5 million for a home in Santa Monica. #2) $1.4 million for a modest home in mid-Los Angeles. #3) Around $900,000 for a condo in West Hollywood. The Santa Monica home features Gothic styling and features castle-like turrets. The residence also spans 5,600 square feet and a swimming pool.

In July 2022 Guillermo scooped up another Santa Monica home. This time paying $4.2 million, $300,000 over asking, for a home not far from his first Santa Monica property.

Guillermo's multi-home complex in mid-city LA was pieced together for a total of $6.8 million. Details include vine-covered walls, a grassy lawn, and a general cottage aesthetic. There are three homes in the property. The third, cheapest home is a relatively simple bachelor pad with just one bedroom and 1,400 square feet of living space. Two of the homes are devoted entirely to his collection of books, poster artwork, and other items that are related to his artistic exploits.

Self Exile From Mexico

Guillermo describes himself as being in "involuntary exile" from his home country. This stems from the fact that his father was kidnapped by criminals in 1997. Del Toro's family was forced to pay a hefty sum to get Guillermo's father back. The criminals kept increasing the ransom until it was double what they had originally asked for. James Cameron personally gave Guillermo $1 million to help get his father back. Finally, his father was released – although the criminals were never caught and the money was never returned. This prompted del Toro's entire family to leave Mexico and settle in the United States. 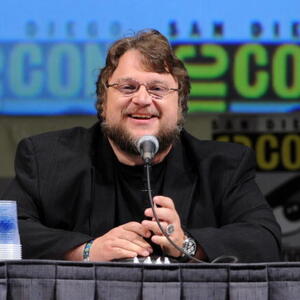