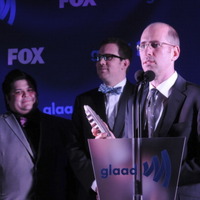 Greg Garcia net worth: Greg Garcia is an American television director, writer, and producer who has a net worth of $10 million. Greg Garcia was born in Arlington County, Virginia in April 1970. He participated in the Warner Bros. Writing for Television courses at Frostburg State University. He worked as a board operator on The Tony Kornheiser Show on radio. During the Writers Guild of America strike from 2007 to 2008 Garcia worked at a Burger King. Garcia has created and executive produced popular sitcoms such as My Name Is Earl, Yes, Dear, Raising Hope, and The Millers. He wrote for the television series Family Matters in 1996. Garcia created the TV series Built to Last and was a supervising producer in 1997. He created and executive produced the series yes, Dear from 2000 to 2006. From 2000 to 2001 Garcia served as a consulting producer on the TV series Family Guy. He created and served as executive producer for the series My Name is Earl from 2005 to 2009. He created, wrote, and executive produced the TV series Raising Hope from 2010 to 2014 and The Millers from 2013 to 2014. In 2006 Garcia won a Primetime Emmy Award for Outstanding Writing for a Comedy Series for My Name Is Earl.