How much is George Miller Worth?

George Miller Net Worth: George Miller is an Australian director, writer, and producer who has a net worth of $18 million. Born in Brisbane, Queensland, Australia, in 1945, George Miller attended medical school and made his first short film while studying to become a doctor. Miller and his brother's short movie won a competition and soon after, he enrolled in a workshop at Melbourne University. Miller is perhaps best known for his creation of the Mad Max franchise. He wrote and directed "Mad Max" in 1979, "Mad Max 2" in 1981, "Mad Max Beyond the Thunderdome" in 1985, and the upcoming "Mad Max: Fury Road". Miller's other credits as writer and/or director include "Babe", "Lorenzo's Oil", "The Witches of Eastwick", "The Cowra Breakout", "Vietnam", and the hit animated film "Happy Feet", which was a huge box office success. Miller has been nominated for several Oscars, including Best Screenplay Written Directly for the Screen for "Lorenzo's Oil", Best Picture for "Babe", and Best Screenplay Based on Material Previously Published, also for "Babe". He won the 2007 Academy Award for Best Animated Feature for "Happy Feet", which also won the same honor at the BAFTA Awards. Miller and his friend, the late Byron Kennedy, founded Kennedy Miller Mitchell, an Australian production company, in 1973. 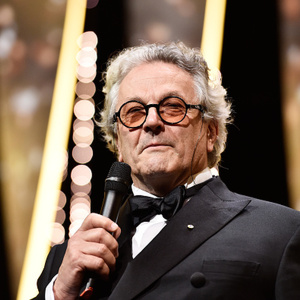