What is George Lucas' Net Worth?

George Lucas is a director, writer, producer and businessman who has a net worth of $10 billion. He is best known for creating the Star Wars and Indiana Jones franchises which have generated north of $12 billion in global box office ticket sales. He is also the founder of the production company, Lucasfilm, and the technical effects company, Industrial Light and Magic.

George Lucas's $10 billion net worth makes him by far the richest celebrity in the world, the richest director and generally the richest person in the entertainment industry.

Lucas is a signatory of the philanthropic "Giving Pledge", indicating his intention to donate at least half of his wealth to charity by the time he dies or at his death.

In 2012 George sold the rights to the Star Wars franchise to Disney for $4 billion in cash and stock. Lucas received $2.21 billion in cash and 37 million shares (37,076,679) of stock, which at the time was trading at around $50. So at the time the deal closed, he received $1.85 billion worth of Disney shares. With his share count and Disney's semi-annual $0.88 dividend, Lucas earns around $64 million per year in dividend payments.

Born and raised in Modesto, California, on May 14, 1944, George Lucas initially had his eye on a career in racing cars, but after a potentially fatal accident in high school in which another driver broadsided him, Lucas' interests shifted considerably. Lucas's father owned a stationery store and wished for George to work for him when he graduated high school. However, George wanted to attend art school and declared upon leaving home that he was determined to be a millionaire by the age of 30.

During his time at Modesto Junior College, Lucas became enthusiastic about photography and film making. He started small: filming car races and other footage with an 8 mm camera. He eventually transferred to the University of Southern California where he befriended fellow filmmaker Steven Spielberg and won accolades during his postgraduate studies, including a Warner Brothers student scholarship. His 1967 student film, Electronic Labyrinth: THX 1138 4EB, was eventually made into his 1971 premier full-length feature film, THX 1138. Though it was poorly received, the project led to a more successful venture in American Graffiti, which garnered five Academy Award nominations and grossed $115 million in domestic revenue alone, $140 million worldwide. Since the movie was made with a budget of $777,000, American Graffiti is considered one of the most profitable films in history.

It was his next film that would become an even bigger hit and seal Lucas as a Hollywood film legend. Filmed on a budget of $11 million, Star Wars became a global phenomenon when it was released in 1977. Decades later, Lucas would spend $15 million on restoration costs for the movie's re-release. Star Wars spawned a further two sequels in the early 1980s that were also hugely successful and continued to build out the Star Wars universe.

A further Star Wars trilogy was helmed by Lucas in the late 1990s and early 2000s, focusing on events that happened before the original films. The most recent sequel trilogy–and spinoff films and series–came about after Lucas sold the rights to Disney. The epic Star Wars franchise, which has earned well over $12 billion in worldwide revenue and continues to capture audiences to this day. 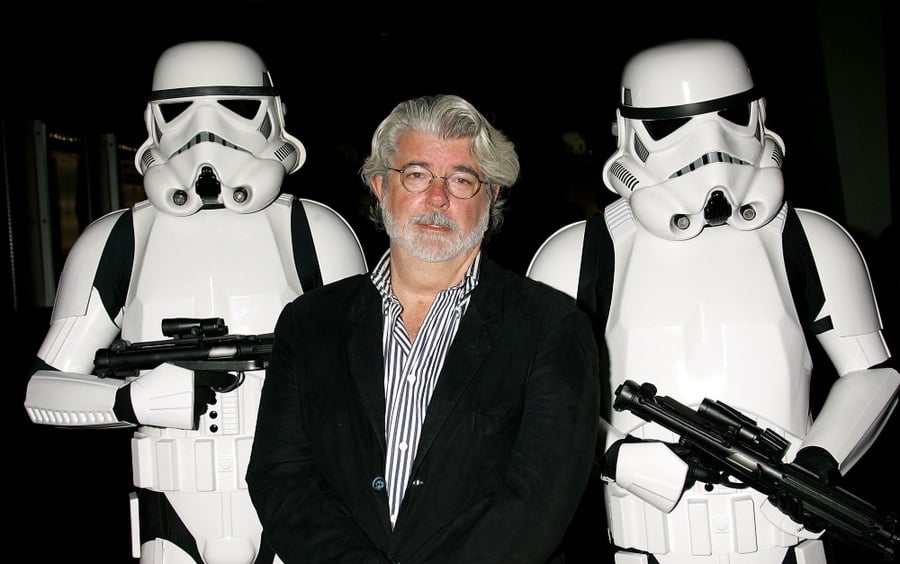 Other Films and Ventures

Though he only directed six films in total, Lucas acted as producer, executive producer, and writer on several films. Some of his bigger successes include Body Heat (1981), Labyrinth (1986), The Land Before Time (1988), and The Indiana Jones film franchise.

It was the latter that saw him again capture the imagination of filmgoers with another epic film franchise. The Indiana Jones films saw Lucas again team up with Star Wars actor Harrison Ford to create yet another iconic character. Joining him as director was fellow Hollywood legend, Steven Spielberg. The resulting films have brought in nearly $2 billion at the box office.

Additionally, Lucas founded THX, Skywalker Sound, Industrial Light and Magic and LucasArts as subdivisions of his parent company, Lucasfilm Ltd. These companies have set new standards in filmmaking and gaming, developing new technologies for graphics and sound that continue to enthrall push boundaries and enhance the audience experience.

In 2005, Lucas received The Lifetime Achievement Award from The American Film Institute. He has been nominated for four Academy Awards: Best Directing and Writing for both American Graffiti and Star Wars. In 1991, he received the Academy's Irving G. Thalberg Award. He was inducted into the Science Fiction Hall of Fame in 2006, only its second film, television, and media contributor after Spielberg. In 2013, Lucas received the National Medal of Arts by President Barack Obama. for his contributions to American cinema. Lucas was inducted as a Disney Legend in August 2015 and later that same year he was an honoree at the Kennedy Center Honors.

Why is George Lucas so insanely rich?

It all boils down to an extremely wise business decision he made back when negotiating his pay for the first Star Wars in 1973. Coming off the incredible success of American Graffiti, Lucas was entitled to a salary of $500,000 for his next movie. That was a significant raise over the $150,000 he earned from Graffiti. Instead of accepting the nearly 300% pay raise, George approached the Fox executives with a proposition. George generously offered to keep his salary at $150,000 in exchange for two seemingly insignificant requests: #1) That he retain all merchandising rights, and #2) that he would retain the rights to any sequels. Fox executives were thrilled with the offer, thinking George's space movie wouldn't be much more than a blip on the entertainment radar. Obviously this turned out to be a VERY bad deal for Fox, and arguably the greatest film contract in history for George. By 2012, Star Wars had earned $20 billion in merchandise sales and $4 billion in home entertainment sales.

On October 30th 2012, George Lucas announced that he signed a deal to sell his entire Lucasfilm company to Disney for a staggering $4.1 billion in cash and stock. Lucas owned 100% of the company which means the entire $4 billion went into his pockets. His net worth more than doubled from $3.3 billion to $7.3 billion, overnight!

George's net worth today is somewhat lower thanks to his prodigious philanthropic efforts. He eventually plans to donate the majority of his net worth to charities focused primarily on education. Today his foundation controls more than $1 billion. He has donated millions to causes that support cancer research and the Make-A-Wish foundation. He has donated more than $175 million to his alma mater, USC. Even after giving billions to charity, George Lucas is easily the wealthiest celebrity on the planet.

Lucas was married to film editor Marcia Lou Griffin (who won an Academy Award for her editing work on the original Star Wars) from 1969-1983. They adopted a daughter, Amanda Lucas, in 1981. Lucas adopted two more children as a single parent–Katie Lucas (b. 1988) and Jett Lucas (b. 1993). His three children all appeared in the three Star Wars prequels. Lucas also dated singer Linda Ronstadt in the '80s. Lucas married Mellody Hobson (chair of DreamWorks Animation) in 2013 after dating for 7 years. They were married at Lucas's Skywaker Ranch. They have one daughter born via surrogate in 2013.

George's largest real estate asset is the nearly 6,000-acre Skywalker Ranch in Marin County, California. He purchased the ranch in 1978 and has spent over $100 million turning the property into a private home, movie studio, retreat and screening theater for 300 people. The property also features a 50,000 square-foot private home, several pools, tennis courts and more. Lucas has placed roughly 5,000 of the property's acres into a perpetual conservation easement with the Marin County Agricultural Land Turst

In 2010 he spent $19.5 million for a beachfront home in Carpinteria, California (just south of Santa Barbara). He tore down the existing home and built a much larger Cape Cod-style house on the property. In December 2019, George spent $28 million to buy the house next door. The house next door had previously been owned by a woman named Frances Morehart who died in 2018 at the age of 93. His new combined beachfront footprint in Carpinteria is over 3-acres. 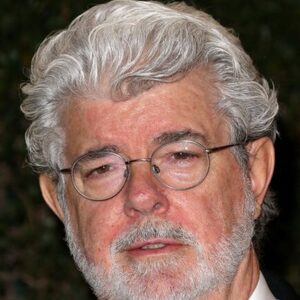