How much is Garry Marshall Worth?

Garry Marshall Net Worth: Garry Marshall was an American actor, director, writer, and producer who had a net worth of $50 million. Garry Marshall accumulated his net worth through his creation of many popular television sitcoms and movies, producing and directing, and his roles in TV and film.

He was born in the Bronx, New York. Garry Marshall was born on November 13, 1934 in the New York City borough The Bronx where he attended De Witt Clinton High School. He is the brother of actress Penny Marshall and Ronny Marshall Hallin, a TV producer. He attended Northwestern University, where he wrote a sports column for The Daily Northwestern, and was a member of the Alpha Tau Omega fraternity. Marshall began his career as a joke writer for such comedians as Joey Bishop and Phil Foster, and then became a writer for "The Tonight Show" with Jack Paar. In 1961 he moved to Hollywood, where he teamed up with Jerry Belson as a writer for television. The pair worked on "The Dick Van Dyke Show", "The Joey Bishop Show", "The Danny Thomas Show", and "The Lucy Show". His notable credits include creating "The Odd Couple" "Happy Days", "Laverne and Shirley", starring his sister Penny Marshall; and "Mork and Mindy", and writing and directing "The Flamingo Kid" and directing "Frankie and Johnny", "Runaway Bride"," Georgia Rule", "Valentine's Day", "New Year's Eve", "Beaches" and "The Princess Diaries". Garry Marshall died on July 19, 2016 at the age of 81. 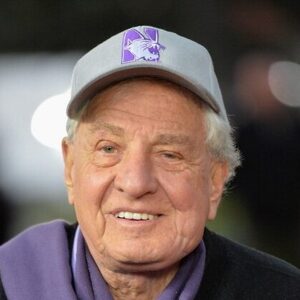