Gail Mancuso Net Worth: Gail Mancuso is an American television director who has a net worth of $5 million. Gail Mancuso was born July 14, 1958 in Melrose Park, Illinois. Gail Mancuso grew up in suburban Cook County, Illinois and began her career as an usher on the set of several television talk shows.

She later became a script supervisor for the Showtime Cable Network comedy Brothers. In 1989, she was an associate director for the ABC-TV sitcom series Roseanne. After one of the show's directors left in 1991, she became one of the main directors and continued until the show's eighth season. Mancuso went on to direct episodes of many television series like the long-running NBC-TV sitcom Friends and the ABC sitcoms Dharma and Greg and Two Guys, a Girl, and a Pizza Place. In 2007, she began working on the CBS-TV sitcom series Rules of Engagement. She has also directed episodes of ABC-TV's 30 Rock and NBC-TV's Scrubs. In 2008, Gail Mancuso won a Gracie Award for her work on 30 Rock and in 2011, she was nominated for a Primetime Emmy Award for her Modern Family episode Slow Down Your Neighbors. In 2012, she reunited with Roseanne co-stars Roseanne Barr and John Goodman, both of whom she directed on Roseanne, in the pilot episode of Downwardly Mobile, which was commissioned by NBC-TV, but ultimately did not get picked up by the network. In 2013, she won the Emmy Award for directing episode Arrested on Modern Family. Gail is married to Brian Downs, a doctor, and they have three children. The family divides its time between their homes in Valencia, California and River Forest, Illinois. 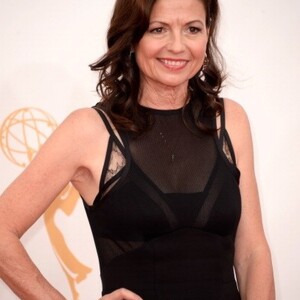