Freddie Wong net worth: Freddie Wong is an American filmmaker and musician who has a net worth of $6 million dollars. Born in Seattle, Washington, Freddie Wong graduated from the University of Southern California School of Cinematic Arts. He runs two YouTube channels that have 4 million subscribers combined, and have received over 700 million views.

He is the co-owner and founder of the Los Angeles-based media company, Overcrank Media, which produces online video content and feature films. The company produced its first feature, "Bear", in 2010. He received widespread recognition after winning the "Guitar Hero 2" competition at the World Series of Video Games in Dallas, Texas in 2007. He formed the "Rock Band" video game band, Helanor Brozevelt, in the fall of 2007, and the group was invited to play at the release of the video game as well as various other venues. He is currently working on the webseries, "Video Game High School", among other projects. 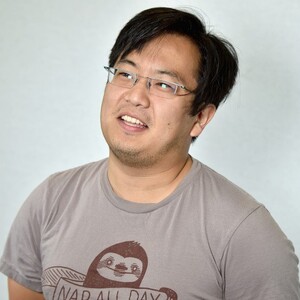