Frank Miller Net Worth: Frank Miller is an American comic book artist, writer, and film director who has a net worth of $25 million. Over a diverse career, Frank has been involved with a number of significant film and comic book projects. He is best known for his dark, film noir-style comic book stories and graphic novels "Ronin," "Sin City," Daredevil: Born Again," "300," and "Batman: The Dark Knight Returns." Frank also directed the 2008 film "The Spirit" and co-directed "Sin City" (2005) and "Sin City: A Dame to Kill For" (2014) with Robert Rodriguez. Miller burst onto the comic book scene with his work on "Daredevil" for Marvel comics, and he created the Elektra character, who would be portrayed by Jennifer Garner in the feature films "Daredevil" (2003) and "Elektra" (2005).

First with "Batman: The Dark Knight Returns" and later with "Batman: Year One," Frank both rewrote continuity and changed how many comic books would be done in the future. Later, he went to the publisher Dark Horse for his future projects due to a battle over censorship with DC Comics. It would be at Dark Horse that he published first a "Sin City" short series and later graphic novels in a noir style that captured the dark, grimy, and evil town known as Basin City, Sin City to its inhabitants. Miller continues to show his creativity and love for comics in many ways and will not just be remembered for his work on "Batman," but for his great body of work that has contributed a great deal to the comic book world. It has been said that he has produced some of the best movies never seen on the big screen, which, up until 2005's "Sin City" was as true a sentiment as could be said of a living artist.

Early Life: Frank Miller was born Frank O'Neill Miller on January 27, 1957, in Olney, Maryland. His mother was a nurse, and his father was a carpenter and electrician. Frank grew up with six siblings in an Irish Catholic household in Montpelier, Vermont.

Career: Growing up, Miller loved comics, and after moving to New York City, he met comics artist Neal Adams, who got Frank a job at Gold Key Comics. Though Miller was not officially credited, it is believed that he was responsible Royal Feast" in "The Twilight Zone #84" and "Endless Cloud" in "The Twilight Zone #85" in 1978. His first official credit was "Deliver Me From D-Day" in DC Comics' "Weird War Tales" (1978). In November 1978, Miller penciled "The Master Assassin of Mars, Part 3" in Marvel Comics' "John Carter, Warlord of Mars #18." He worked as a fill-in and cover artist at Marvel, and when he was drawing "Peter Parker, The Spectacular Spider-Man #27–28" (1979), which featured Daredevil, he saw potential in the character and asked to work on "Daredevil" comics, debuting with "Daredevil #158" in May 1979. Frank became "Daredevil's" writer and penciller with January 1981's "Daredevil #168," and Marvel was so impressed with the rise in sales that they began publishing the series monthly instead of bimonthly.

Miller created the miniseries "Ronin" for DC Comics in 1983, and two years later DC honored him in their "Fifty Who Made DC Great" publication. In 1986, Frank wrote and penciled the "Batman: The Dark Knight Returns" miniseries, which introduced a gritty, darker version of Batman, and produced the "Elektra: Assassin" miniseries with artist Bill Sienkiewicz. In 1987, Frank collaborated with artist David Mazzucchelli on "Batman: Year One," which was adapted into a 2011 animated film. After DC Comics proposed a ratings system, which Miller considered censorship, he stopped working with them and went to Dark Horse Comics, an independent publisher. In 1990, Frank and artist Dave Gibbons worked on the "Hard Boiled" and "Give Me Liberty" miniseries. Frank wrote the screenplays for 1990's "RoboCop 2" and 1993's "RoboCop 3" and wrote the 1992 comic book miniseries "RoboCop Versus The Terminator." In 1991, he began working on "Sin City," which was adapted into a hit film (grossing $160 million worldwide) starring Jessica Alba and Benicio del Toro. The film was nominated for a Palme d'Or at the 2005 Cannes Film Festival.

Frank's 1995 miniseries "Big Guy and Rusty the Boy Robot" was turned into a Fox Kids animated series in 1999. In 1998, Miller wrote and illustrated the "300" miniseries, and when it was adapted into a feature film in 2007, it brought in an astounding $456.1 million at the box office. By the early 2000s, Frank had started working with DC Comics again, creating the "Batman: The Dark Knight Strikes Again" miniseries in 2001. In 2005, he began writing "All Star Batman & Robin, the Boy Wonder," and he later co-wrote "The Dark Knight III: The Master Race" (2015–2017) and "The Dark Knight Returns: The Last Crusade" (2016). In recent years, Miller also wrote "Superman: Year One" (2019) and "Dark Knight Returns: The Golden Child" (2019), and he wrote and illustrated "Xerxes: The Fall of the House of Darius and the Rise of Alexander" (2018). In October 2019, Frank published a young adult novel (co-written with Tom Wheeler) called "Cursed," and Netflix released a 10-episode adaptation of the novel in July 2020.

Personal Life: Frank married colorist Lynn Varley in 1986, and they divorced in 2005. Varley colored several of Miller's works, including "Ronin" and "300." After his divorce, Frank began a relationship with Kimberly Halliburton Cox, a Shakespearean scholar who appeared in "The Spirit."

In 2012, Joanna Gallardo-Mills, a former executive coordinator for Miller, filed a lawsuit against both Frank and Kimberly, alleging that Cox had turned the work environment hostile. Gallardo-Mills stated that Cox "smeared her work area with feces, destroyed her printer with a hammer, threw phones at her, and even left a used feminine hygiene pad by her desk" and that Frank fired her after she complained about Kimberly's treatment of her. In 2020, "Sin City: A Dame to Kill For" producer Stephen L'Heureux sued Miller and producer Silenn Thomas for $25 million for making "false, misleading and defamatory statements" about his ownership of "Sin City" and "Hard Boiled" developmental rights. L'Heureux claimed that by making these statements to the Skydance Media CEO and executives, Miller and Thomas prevented a "Hard Boiled" film adaptation and "Sin City" TV series from being made.

Awards: Miller won an Inkpot Award in 1981, and he received the Comic-Con Icon Award at the 2006 Scream Awards. He earned two Best Single Issue Kirby Awards as well as Best Writer/Artist (shared with David Mazzucchelli), Best Graphic Album, and Best Art Team (shared with Klaus Janson and Lynn Varley). Frank was inducted into the Eisner Awards Hall Of Fame in 2015, and he has won three Eisner Awards for Best Writer/Artist, four for Best Finite Series/Limited Series, two for Best Graphic Album: Reprint, and one each for Best Graphic Album: New, Best Artist/Penciller/Inker, and Best Short Story. Miller has also earned four Harvey Awards, 11 Eagle Awards, and five UK Comic Art Awards (including Best Writer/Artist in 1992, 1993, and 1994. 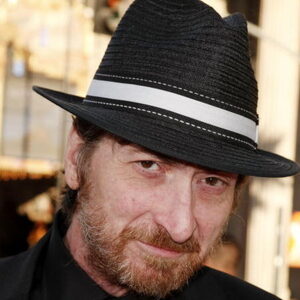