Frank Marshall net worth: Frank Marshall is an American film producer and director who has a net worth of $250 million. That is a combined net worth with his wife since 1987, fellow producer Kathleen Kennedy. Kennedy's is the second-highest-grossing producer in history with global box office totals north of $13 billion. Frank is the sixth highest-grossing producer in history with $9.4 billion in global box office revenue. His most successful film is Jurassic World which grossed $1.7 billion.

Frank Marshall was born in Glendale, California in September 1946. Frank often works with his wife Kathleen Kennedy, with whom he co-founded Amblin Entertainment along with Steven Spielberg. Marshall and his wife also founded the Kennedy/Marshall Company in 1991 and has a contract with DreamWorks Studios. He has frequently collaborated with directors such as Spielberg, Robert Zemeckis, and Peter Bogdanovich. Marshall has over 100 production credits to his name and has worked on films including Paper Moon, Raiders of the Lost Ark, Poltergeist, Indiana Jones and the Temple of Doom, The Color Purple, Back to the Future, Empire of the Sun, *batteries not included, Who Framed Roger Rabbit, The Land Before Time, Back to the Future Part II, Indiana Jones and the Last Crusade, Arachnophobia, Back to the Future Part III, Cape Fear, Hook, Congo, The Sixth Sense, Signs, The Bourne Identity, Seabiscuit, The Bourne Supremacy, The Bourne Ultimatum, Indiana Jones and the Kingdom of the Crystal Skull, The Curious Case of Benjamin Button, The Last Airbender, The Bourne Legacy, and Jurassic World. Marshall has been nominated for five Academy Awards, a Primetime Emmy Award, and three BAFTA Awards.

Real Estate: Over the years Kathleen and Frank have owned a number of extremely impressive properties in the LA area. In 2010 they sold a home in the Pacific Palisades for $26 million. The buyers were Tom Hanks and Rita Wilson. 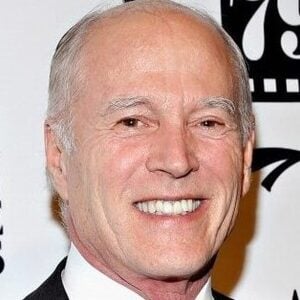