Feng Xiaogang Net Worth: Feng Xiaogang is a Chinese film director who has a net worth of $30 million. He was born in 1958 in Beijing, China. Feng is best known for his work in the comedy genre, though he has branched out to try drama films as well. His commercial films typically do well at the box office.

He was the son of a college professor and a factory nurse. He began as a stage designer with the Beijing Military Region Art Troupe after high school. He then began art design for cinema with the Beijing Television Art Center in 1985. After this time, he branched out and began writing screenplays. During this time, he learned from director Zheng Xiaolong and writer Wang Shuo. Feng got his foothold by directing "New Year's Celebration Films," and achieved full fame with the film Dream Factory in 1997. His achievements came in the face of direct competition with Hollywood films, and it is believed that he effectively established a new model for Chinese national cinema. His comedies typically feature the Beijing dialect. Feng has worked closely with the Chinese star Ge You in many of his films. He married actress Xu Fan in 1999. 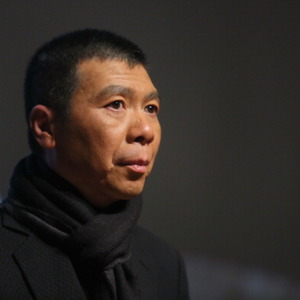