Federico Fellini Net Worth: Federico Fellini was an Italian film directer who had a net worth of $10 million. Fellini was born during January of 1920 in Rimini, Italy. As a boy, Fellini spent his free time drawing, reading, and staging puppet shows. His digestion of a popular children's magazine that reproduced traditional American cartoons would inspire the visual composition of many of his later films.

He enrolled in law school at the University of Rome to appease his parents, but he never attended class. He began writing for a magazine called Mar/Aurelio which gave him the confidence and connections to pursue filmmaking. Fellini began writing gags for radio and films in 1940. He became involved with Italian Neorealism after working with Roberto Rossellini following the liberation of Rome in 1944. His first feature film, Variety Lights, he co-directed with Alberto Lattuada. He directed La Strada shortly before experiencing the first signs of clinical depression. Some of his later films, such as Juliet of the Spirits, Casanova, and City of Women, featured the dreamy qualities for which he became so famous. In the end, Fellini won 5 Academy Awards, including the most Oscars in history for Best Foreign Language Film. 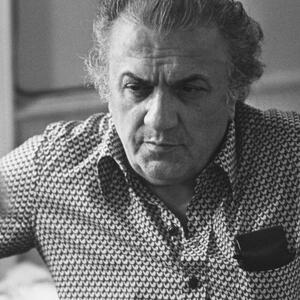