They are known for using risqué language, scatological humor, and stereotypes in the majority of their film work. Their scripts often include a disabled character and flashback sequences detailing an event that had a strong effect on the main character. They have written, directed and/or produced such hit films as, "Dumb and Dumber", "Kingpin", "There's Something About Mary", "Me, Myself, and Irene", "Osmosis Jones", "Shallow Hal", "The Heartbreak Kid", "Fever Pitch", and the movie version of "The Three Stooges". They also served as the producers of multiple episodes of the television series, "Unhitched". In 2014 they released "Dumb and Dumber To". In 2016, they directed two episodes of "Trailer Park Boys". 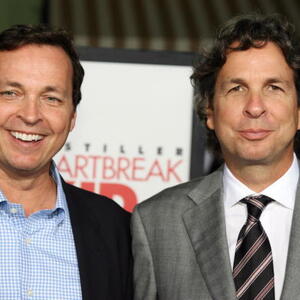