Elgin James net worth: Elgin James is a filmmaker and musician who has a net worth of $5 million. He is known for co-creating the FX television series "Mayans M.C." which is a spin-off of "Sons of Anarchy".

Elgin James spent time in orphanages and foster homes before being raised on a farm by civil rights pacifist activists in the Northeast of the United States. He became a vegetarian at 11 after seeing animals slaughtered on the farm.

As a teenager he became interested in punk rock and other sub-cultures. By 14 he found himself in juvenile detention. Around this time he rejected his adoptive parents' pacifist beliefs. He entered Antioch College at 17 with the intention to study law. In his first semester he got into a fight when left him with brain damage, unable to speak or move the right side of his body. He recovered but soon found himself homeless.

Elgin eventually landed in Boston where he joined Friends Stand United (FSU) which has been classified as a gang by many law enforcement agencies.

In 2009 Elgin was arrested by the FBI on charges of extortion stemming from an incident several years back. He was sentenced to a year in federal prison. He could have faced a much longer sentence, but the judge received over 60 letters of support, including from Robert Redford and Ed Harris.

On the same day he received the sentence, Elgin was hired by Brian Grazer to write a screenplay.

In February 2020 Elgin signed an overall deal with Fox 21 television studios which was reportedly worth several low millions per year in salary over 3-4 years. 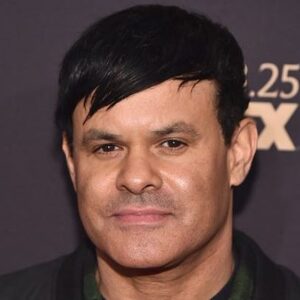