Edward Zwick Net Worth: Edward Zwick is an American filmmaker and producer who has a net worth of $20 million dollars. Edward Zwick was born October 8, 1952 in Chicago, Illinois. Known for his films about social and racial issues, Zwick has been aptly described as a "throwback to an earlier era, an extremely cerebral director whose movies consistently feature fully rounded characters, difficult moral issues, and plots that thrive on the ambiguity of authority.

His films include Glory (1989), Legends of the Fall (1994), The Siege (1998), The Last Samurai (2003), Blood Diamond (2006), and Defiance (2008). Along with Marshall Herskovitz, Zwick runs a film production company called The Bedford Falls Company (inspired by the name of the town featured in Frank Capra's It's A Wonderful Life). The company has produced such notable films as Traffic and Shakespeare in Love and the TV shows Thirtysomething, Relativity, Once and Again and My So-Called Life. While in Paris, during a Rockefeller Fellowship to study experimental theater in Europe, Zwick had the most unlikely and serendipitous of encounters when he unexpectedly ran into Woody Allen on the street. Zwick mustered the courage to introduce himself as a filmmaker to Woody Allen and asked if Allen needed any help-and just like that…Edward Zwick became Woody Allen's assistant on the film Love and Death (1975). Back in the U.S. in 1976, Zwick began racking up film and television credits. In 2003, after a five-year absence from the industry, Zwick made a strong comeback as the director of the Tom Cruise movie The Last Samurai. Edward Zwick was one of the recipients of the Academy Award for Best Picture for Shakespeare in Love and was also nominated in the same category for his contribution to the film Traffic. Despite sharing a surname, and the same profession, Edward is not related to fellow director Joel Zwick. 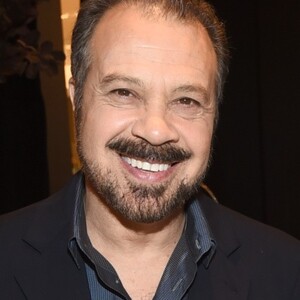