Dustin Lance Black Net Worth: Dustin Lance Black is a renowned American screenwriter, film and television producer as well as a director who has a net worth of $6 million. The 39 year old was born in Sacremento, California and grew up with a strong Mormon background, as a result of his mother's remarriage to a Mormon priest. He and his family later moved to Salinas, where he immediately got involved with the theatre arts, where he had his shots at being an actor, assistant director as well as a crew member. After high school, up until 1996, Dustin attended the school of theatre, film and television at the University of California, where he graduated with honors.

As a result of his upbringing, Dustin was not able to open up about his homosexuality until his senior year of college. His sexuality has had a heavy influence on his career which has seen him writing and directing the 2000 gay romance movie, The Journey of Jared Price. He also wrote Something Close to Heaven which is a short film about gays coming out. In 2001 he directed a documentary called On the Bus which is about a road trip taken by 6 gay men. He also happened to be a subject of that documentary. He is well known for his writing contribution for the popular HBO series, Big Love. As of season three, he was invited to become co-producer for the hit series. His biggest achievement so far, has been his involvement in writing the critically acclaimed movie, Milk, which was full of A-list stars. The movie centers on the slain gay rights activist Harvey Milk. Dustin is currently working on an adaptation of Under the Banner of Heaven, a book by Jon Krakauer. In December 2013, Dustin Lance Black revealed that he was dating British Olympian Tom Daley. 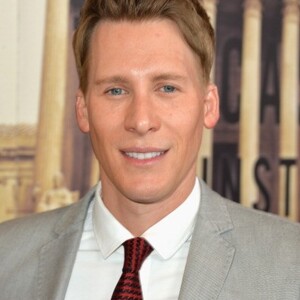