What is Duncan Jones' net worth?

Duncan Jones is a British screenwriter, director and producer who has a net worth of $70 million. Duncan is the son of rock musician David Bowie and model Angela Barnett. He is the only child of that marriage which lasted from 1970 – 1980.

Duncan Jones was born on May 30, 1971 in Bromley, London, England. Duncan grew up in various parts of the world and eventually attended the elite Scottish boarding school Gordonstoun. He graduated with a philosophy degree from The College of Wooster in 1995 then pursued a PhD at Vanderbilt. He left Vanderbilt before graduating so he could transfer to London Film School.

Today he is primarily known as director in the science-fiction genre. He directed the 2009 movie Moon and the 2011 movie Source Code. He is directing the 2016 movie Warcraft which is based on video game of franchise of the same name. Duncan Jones has been married to photographer Rodene Ronquillo since June 2012.

At the time of his death, David Bowie's net worth was $230 million. Bowie's widow, Iman Abdulmajid Jones, came out best by the will, receiving their large dual-penthouse condo in SoHo, as well as half of the rest of his estate. Duncan received 25% of his father's estate. The other 25% (plus a mountain retreat in New York State) went to a trust for David's underage daughter Alexandria Zahra Jones. Corinne Schwab, Bowie's beloved longtime personal assistant, also known as Coco, got $2 million plus Bowie's former holdings in Opossum Inc. Even Bowie's childhood nanny Marion Skene got a piece of the action, worth a cool million dollars.

In January 2022, David's estate sold the rights to his publishing catalog to Warner Chappell for $250 million. As owner of 25% of his father's estate, Duncan's share was $62.5 million. 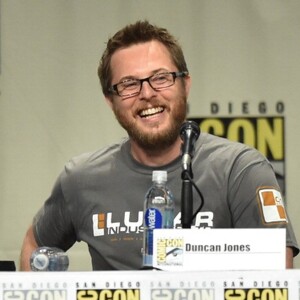