Doug Liman Net Worth: Doug Liman is an American producer and director who has a net worth of $50 million dollars. Born in New York City in 1964, Doug Liman's interest in making movies began when he was a teenager. He made several short films and enrolled in New York's International Center of Photography.

Liman attended Brown University and worked to create a student-run cable TV station. Soon after, he also helped found the National Association of College Broadcasters. After graduation, Liman enrolled in graduate school at the University of Southern California. His first directorial effort came on 1994's "Getting In", a comedy starring Andrew McCarthy and Stephen Mailer. His follow-up film, 1996's "Swingers" with Jon Favreau, Vince Vaughn, and Heather Graham, earned him an MTV Movie Award for Best New Filmmaker. In 1999, his movie "Go" was nominated for an Independent Spirit Award for Best Director. His first production credit came on 2002's blockbuster hit "The Bourne Identity", which he also directed. It is the only Bourne movie Liman has directed, though he executive produced "The Bourne Supremacy" and "The Bourne Ultimatum". In 2004, he produced "Mail Order Wife", before directing 2005's "Mr. & Mrs. Smith" with stars Brad Pitt and Angelina Jolie. He has since directed "Jumper", "Fair Game", and "Edge of Tomorrow". He is a co-founder of website 30ninjas.com and works primarily with Hypnotic. 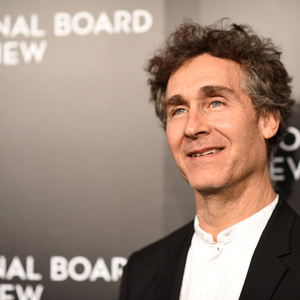