Diablo Cody net worth and salary: Diablo Cody is an American screenwriter and author who has a net worth of $25 million. Diablo Cody first gained wide recognition as the writer of the 2007 film Juno, which won the Academy Award for Best Original Screenplay. She was born on June 14, 1978 in Lemont, Illinois which is a suburb of Chicago. She attended the Benet Academy in Lisle, Illinois and graduated with a degree in media studies at the University of Iowa. She of her early jobs include working as a clerk at the University main library in the acquisitions department, a secretarial position at a Chicago based law firm and a proofreader for ads placed on Twin Cities radio stations. Her fictional weblog of the exploits of a secretary living in Belarus was titled Red Secretary; the blogs she wrote were based on her real life events from the view point of a disgruntled, English-idiom-challenged Eastern Bloc girl. She also started a candid chronicling the year she spent as a stripper titled "The Pussy Ranch" blog and as well as her 2006 memoir, titled Candy Girl: A Year in the Life of an Unlikely Stripper. Some of her other film credits are Jennifer's Body, Young Adult and the television series United States of Tara. 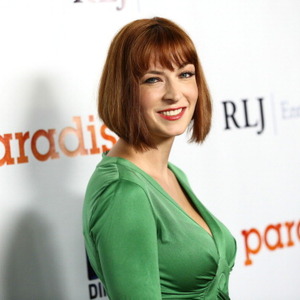