Dennis Dugan net worth: Dennis Dugan is an American actor, director, and comedian, who has a net worth of $12 million dollars. Dennis Dugan was born in Wheaton, Illinois, and began acting when he was in his early 20s. Since then, he has enjoyed a steady career, both as an actor and as a director.

He has appeared in such film and television projects as "Mod Squad", "The Rockford Files", "Hill Street Blues", "M*A*S*H", "The New Adventures of Pippi Longstocking", "The Benchwarmers", "Grown Ups" and "Grown Ups 2", among other projects. As a director, he has directed episodes of "Hunter", "Moonlighting", "Doogie Howser, M.D.", "The Byrds of Paradise", "Picket Fences", "Chicago Hope", "Ally McBeal", "NYPD Blue", and "Hope and Faith". He has also directed such films as "Problem Child", "Happy Gilmore", "Big Daddy", "The Benchwarmers", and "You Don't Mess with the Zohan". He is most widely recognized for his extensive directing and acting work with Adam Sandler. 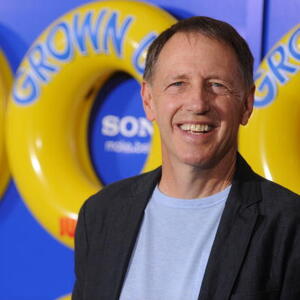