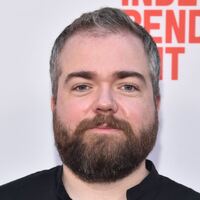 David Sandberg net worth and salary: David Sandberg is a Swedish filmmaker who has a net worth of $10 million. He is known for his no budget horror short films using the name ponysmasher.

David Sandberg was born in Jonkoping, Sweden in January 1981. His debut short Vad tyst det biev… was released in 2006 and Sandberg directed, wrote, produced, edited, composed, and provided voice work for the short. He has directed all his shorts and has written, produced, acted as cinematographer, edited, composed, and appeared in some of them. His shorts include Animera – Gora livig in 2011, The Drawing Box in 2012, Ladyboy, Cam Closer, and Lights Out in 2013, Pictured, Not So Fast, Coffer, and See You Soon in 2014, Attic Panic in 2015, and Closet Space in 2016. He also directed, composted, and animated the documentary series Earth Savers in 2011. David Sandberg directed the film Lights Out in 2016 and the movies Annabelle: Creation in 2017 and Shazam! in 2019. He married Lotta Losten in 2013.