Though considered a brilliant writer/director, he is also known for being very difficult to work with and has lost both actors and funding due to his unpredictable temper. David Owen Russell was born in New York City, NY in August 1958. He is a graduate of Amherst College. His directorial debut came in 1994 with Spanking the Monkey. He won the Best First Feature and Best First Screenplay awards from the Independent Spirit Awards and the film won the Audience Award at Sundance. In 1996 he released Flirting with Disaster. In 1999 his next film Three Kings was released and the movie grossed $60 million in the U.S. he went on to produce I Heart Huckabees in 2004 which received mixed reviews. He then worked on the film Nailed, which was never released. His next release was 2010's The Fighter which grossed $125 million and was nominated for seven Academy Awards. In 2012 Russell was responsible for Silver Linings Playbook. For this film Russell won the Independent Spirit Award for Best Director. His 2013 film American Hustle received seven Golden Globe and 10 Academy Award nominations. He received a Golden Globe nomination for the 2015 film Joy and wrote and directed the 2016 film Past Forward. He is on the board of the Ghetto Film School in The Bronx. 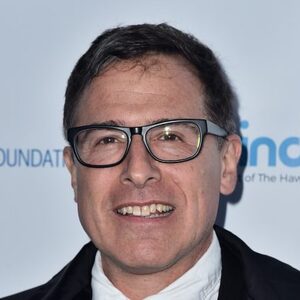