What is David Lynch's net worth and Salary?


David Lynch is an American film and television director who has a net worth of $70 million. David Lynch is best known for surrealist films such as "Mulholland Drive", "Wild at Heart", and "Eraserhead". Lynch's creativity, dream imagery and meticulous sound design has even coined a term among critics described as "Lynchian" for similar works.

Lynch earned early distinction among his peers as an Eagle Scout, which gave him the opportunity to take part in the inauguration ceremony for President John F. Kennedy, an event which took place on David's 15th birthday.

Lynch moved with his wife and daughter to Los Angeles in 1971, at which point Lynch attended the AFI Conservatory to study cinema and filmmaking. Lynch has described AFI as "completely chaotic and disorganized, which was great … you quickly learned that if you were going to get something done, you would have to do it yourself. They wanted to let people do their thing."

This provided fertile ground for Lynch to build his skill-set as an original mind and filmmaker. Lynch began writing a script for a proposed work, called Gardenback, a film that was inspired by a painting Lynch had done. In this original venture Lynch would gain support from a number of mentors at the AFI Conservatory, all of whom encouraged Lynch to write a longer version of the script. Lynch would add more dialogue with more than a little reluctance. All of the committee-style filmmaking going on at AFI left a sour taste in Lynch's mouth. Fed up with the Conservatory, Lynch subsequently left school. AFI dean Frank Daniel later urged Lynch to reconsider his decision, holding onto the belief that Lynch was indeed one of AFI's top students. Lynch returned to the school on the sole condition that he could go on to create a project that would have less interference. Lynch would respond with "Eraserhead".

"Eraserhead" was initially planned to be only 42 minutes in length but ended up running 89 minutes. Lynch's script itself is only 21 pages in length. Filming began on May 29, 1972 and was shot at night in abandoned locations that allowed Lynch pure autonomy. The AFI later awarded Lynch with a $10,000 grant for "Eraserhead". The film was finally finished in 1976, premiered at Cannes, and received mixed reviews. However, Stanley Kubrick raved about the film, calling it one of his favorites. 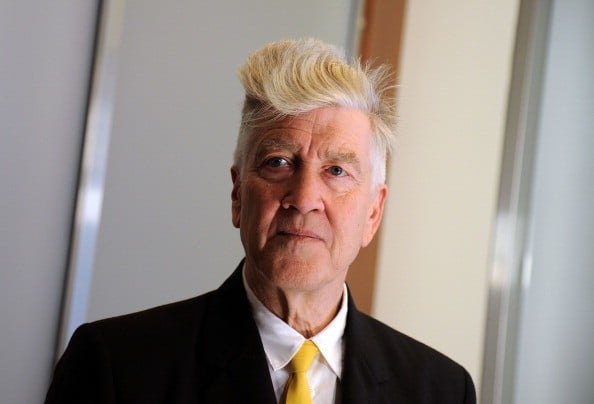 Lynch has had an amazingly eclectic career in film and cinema and has produced a number of short films after initially studying painting in Philadelphia.

Although Lynch is markedly known for his unique and surreal film style, he's also helmed far more orthodox film projects such as "The Straight Story", which was a more approachable and therefore popular film he made in collaboration with Disney.

He later directed such films as "The Elephant Man" in 1980 and started gaining popularity. Lynch made the film "Dune" in 1984 and "Blue Velvet" in 1986. In a switch to television he and Mark Frost created the murder mystery show "Twin Peaks" in 1990, which has since become a cult classic. Lynch then went on to release the films "Lost Highway", "Mulholland Drive", as well as "Inland Empire".

Lynch's films would gain mixed successes, which inspired him to take to the internet to start producing web-based series which include "Rabbits" and "Dumbland". As a result of his work, Lynch has been recognized with three Academy Award nominations in the Best Director category. Lynch has been awarded with a Golden Lion award at the Venice Film Festival for lifetime achievement. Lynch was also awarded by the French government with the Legion of Honor, which is the country's top civilian honor. Lynch has also directed music videos for Chris Isaak, Moby, and Nine Inch Nails. On October 6, 2014, Lynch made a confirmation via Twitter that he and Mark Frost were working on a nine-episode revival season of Twin Peaks. "Twin Peaks: The Return" as well as "Twin Peaks: A Limited Event Series", consists of 18 television episodes and had its premiere on Showtime on May 21, 2017.

Lynch has released six of his own studio albums, not to mention a newspaper cartoon, as well as "Catching the Big Fish: Meditation, Consciousness, and Creativity", a book that stresses meditation as a proponent of the creative process.

Lynch is an avid practitioner of transcendental meditation. Lynch also has a personal website where he submits material to paying members, posts short videos, and offers up his absurdist series "Dumbland", as well as interviews and other content. The site also features his daily weather report, where Lynch famously gives a description of the weather in Los Angeles, where he currently resides.

Lynch is an avid coffee drinker and coffee enthusiast, creating his own line of special organic coffee roasts and blends. His coffee is available for purchase on his website. Whole Foods also carries "David Lynch Signature Cup" coffee line as well. Lynch's own self-deprecating tagline for his coffee brand is "It's all in the beans … and I'm just full of beans," which is also a quote made by Justin Theroux's character in "Inland Empire". 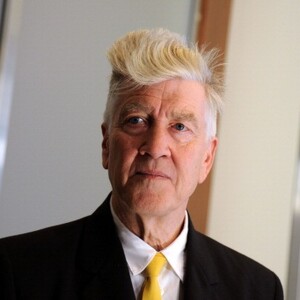