In 1996 an article called LaChapelle the "Fellini of photography". David studied at the School of Visual Arts in New York City and his first photograph was of his mother on a family vacation. He was bullied in school for being gay and ran away from home at 15 to become a busboy at Studio 54. He met Andy Warhol at 17 and was offered his first job as a photographer for Interview magazine. Many books of his works have been published. As a director he has worked with artists such as The Dandy Warhols, Moby, Enrique Iglesias, Elton John, Mariah Carey, Christina Aguilera, Avril Lavigne, Jennifer Lopez, Whitney Houston, Blink 182, No Doubt, Britney Spears, Gwen Stefani, and Norah Jones. LaChapelle won awards for the short Krumped at the Sundance Film Festival and Aspen Shortfest in 2004. 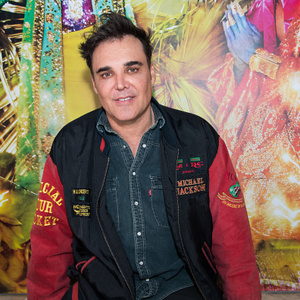