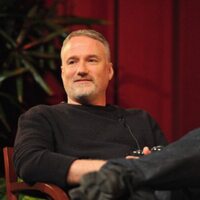 What is David Fincher's Net Worth and Salary?

David Fincher is an American film director and music video director who has a net worth of $100 million. Best known for directing a number of well-received psychological thrillers, Fincher has been nominated for Best Director at the Academy Awards twice. In total, his films have received 30 Academy Award nominations.

After developing a passion for filmmaking at a young age, Fincher started his career in filmmaking by directing music videos. David's first feature film came in 1993 with "Alien 3." He later wowed critics with 1995's "Seven" and followed up with the cult classic "Fight Club" in 1999. His films in the 2000s include "The Girl With the Dragon Tattoo" and "The Social Network." Generally speaking, Fincher's films have been successful both in a commercial and a critical sense.

During the mid to late 2010s, David began to gravitate more towards television, starting with the critically-acclaimed series "House of Cards." He continued his partnership with Netflix over the next few years, signing a major contract and creating series such as "Mindunter." He also served as the executive producer for the animated series "Love, Death & Robots" and directed a film called "Mank," both of which were released through Netflix.

David Andrew Leo Fincher was born on August 28th of 1962 in Denver, Colorado. At the age of two, his family relocated to San Anselmo, California and became neighbors with George Lucas. By the age of eight, David was already obsessed with filmmaking. His passion for directing has been largely attributed to a documentary about the making of "Butch Cassidy and the Sundance Kid," which David watched as a young child. During this period, he began making his first films with an 8mm camera.

As a teenager, Fincher relocated once again – this time to Ashland, Oregon. During this period, he directed high school plays and designed film sets as a high school student. He also took a job as a projectionist at a movie theater and worked as a production assistant at a local news station. After graduating from high school, he took odd jobs such as busboy, dishwasher, and fry cook in order to pay the bills.

As David became more established within the film industry, he started working as a production head at director John Korty's studio. He was also hired by George Lucas as a visual effects producer to create the animated film "Twice Upon a Time." During the early to mid-80s, Fincher worked on films such as "Return of the Jedi" and "Indiana Jones and the Temple of Doom." His big break came when he was hired to direct a commercial for the American Cancer Society. The image of a fetus smoking a cigarette was so powerful that producers in Los Angeles scrambled to figure out who he was.

After directing a number of commercials, documentaries, and music videos, David co-founded the production company Propaganda Films. However, Fincher hated directing commercials, and he began to focus more heavily on music videos instead. During this period, he worked with artists such as Paula Abdul, George Michael, Michael Jackson, Aerosmith, and Billy Idol. In particular, David gained notoriety for directing some of Madonna's most iconic music videos.

In 1990, Fincher was finally given the opportunity to direct his first feature film. 20th Century Fox brought him in to replace Vincent Ward as the new director of "Alien 3." The film was already struggling with a number of production issues when Fincher took the reins, and critical reception was divided. Although many observers appreciate its unique tone, David Fincher has since disowned "Alien 3" altogether. 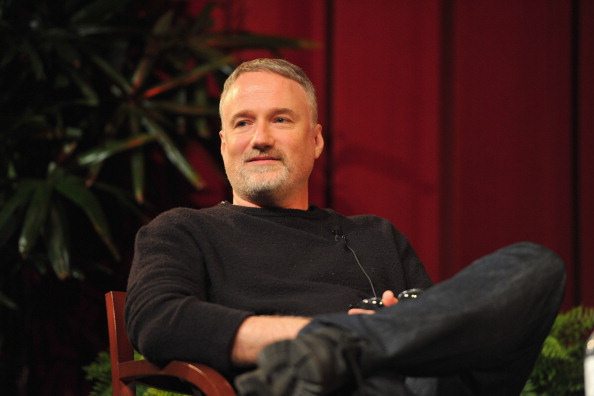 Although David was discouraged by the treatment he received from producers, he was eventually convinced to try his hand at another feature film. This time, he took creative control of "Seven" in 1995, which became a critical and commercial success. Grossing more than $320 at the box office, "Seven" shocked audiences with its disturbing themes and overall tone.

Fincher returned again in 1997 with "Fight Club." Like "Alien 3," reviews were divided. It was a moderate success at the box offices, but there was a sense that audiences didn't really know what to make of it. However, "Fight Club" has since become one of the most iconic cult favorites of the modern era, and it is considered an extremely intelligent and multi-faceted film.

In the 2000s, Fincher directed films such as "Panic Room" and "Zodiac." During this period, Fincher's reputation as a perfectionist began to precede him. Actors (some of whom were clearly disgruntled) were asked to do upwards of 50 takes for a single scene. This was part of David's quest for authenticity and his rejection of what he calls "earnestness" in acting.

Over the next few years, David directed movies like "The Curious Case of Benjamin Button" "The Social Network," with the latter of which winning three Academy Awards. In 2011, Fincher followed up with "The Girl with the Dragon Tattoo," a psychological thriller that received plenty of praise from critics. In 2013, Fincher began to gravitate more towards television, starting with "House of Cards." The series received nine Primetime Emmy Award nominations.

After returning to film with 2014's "Gone Girl," David partnered with Netflix once again to create another series called "Mindhunter." Since then, he has also been involved in Netflix projects such as "Mank" and "Love, Death & Robots."

In November of 2020, David Fincher signed a "nine-figure" overall deal with Netflix that would keep him with the streaming service for another four years. Based on similar deals that other directors/producers have signed with studios such as Netflix, Fincher's deal is likely around $100 million.

In 2015, it was reported that Fincher had purchased a $6 million apartment in the Tribeca neighborhood of Manhattan. The 2,200-square-foot residence offers three bedrooms and was designed by Steven Harris, a renowned architect. The apartment is accessed directly by a private elevator, and there are 10-foot ceilings throughout. The building overlooks Staple Street and offers additional amenities such as a full-time doorman, a gym, and more. It is an extremely sought after building in Manhattan.

Out in LA, Fincher and his longtime partner, producer Cean Chaffin, own an estate in Los Feliz that they originally purchased back in 1996 for $3 million. In April 2021 they paid $2.8 million for a second Los Feliz property.