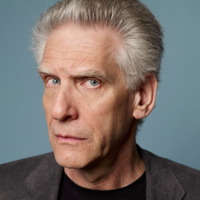 David Cronenberg net worth: David Cronenberg is a Canadian filmmaker, screenwriter, and actor who has a net worth of $15 million dollars. Born in Toronto, Ontario on March 15, 1943, Cronenberg is best known for creating "body horror," otherwise referred to as "venereal horror." He has been active in the entertainment industry since 1966 and attended the University of Toronto where he studied Honours English Language and Literature. He took an interest in film after his friend released Winter Kept Us Warm in 1966. He eventually founded the Toronto Film Co-op with his two colleagues, Iain Ewing and Ivan Reitman and graduated at the top of his class. Cronenberg delved into film under an internship with Reitman and was funded by the Canadian government in the 1970s. He refers to William S. Burroughs as inspiration for his film pertaining to the body and scientific modification. Feature films directed by Cronenberg include but are not limited to Stereo, Crimes of the Future, Shivers, Rabid, Fast Company, The Brood, and more recently Eastern Promises, A Dangerous Method, Cosmopolis, and Maps to the Stars. He is currently married to Carolyn Zeifman after having one daughter by the name of Cassandra Cronenberg with his first wife, Margaret Hindson. Cronenberg claims that the film The Broods was inspired by his troubled marriage.