Dario Argento net worth and salary: Dario Argento is an Italian film director, producer, screenwriter, and critic who has a net worth of $16 million dollars. Dario Argento was born in Rome, Italy in September 1940. He is best known for working on horror films during the 1970s and 80s. He started out in 1966 writing and appearing in the movie Pardon, Are You For or Against?

He would go on to direct, write, produce, edit, compose, and/or star in many other films including Today It's Me… Tomorrow You!, Commandos, Once Upon a Time in the West, The Rope and the Colt, One Night at Dinner, Legion of the Damned, The Five Man Army, The Season of the Senses, The Bird with the Crystal Plumage, The Cat o' Nine Tails, Four Flies on Grey Velvet, Man Called Amen, The Five Days of Milan, Deep Red, Suspiria, Dawn of the Dead, Inferno, Creepers, Terror at the Opera, Innocent Blood,  Trauma, Bits and Pieces, The Phantom of the Opera, Scarlet Diva, Sleepless, The Card Player, The Third Mother, Giallo, and Dracula 3D. In 1970 Dario Argento won Golden Globe Italy Awards for Best New Director and Best First Feature. Dario Argento has two daughters including actress Asia Argento. 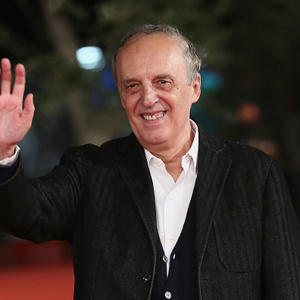