Dan Gilroy Net Worth: Dan Gilroy is an American screenwriter and director who has a net worth of $40 million. That is a combined net worth with his wife of many years, actress Rene Russo. The vast majority of the couple's net worth comes from Rene's career.

Dan Gilroy was born in Santa Monica, California in June 1959. Dan graduated from Dartmouth College. He is the son of the Pulitzer Prize winning playwright Frank D. Gilroy and the writer and sculptor Ruth Dorothy Gaydos. Dan's brother Tony Gilroy is also a director and screenwriter and his twin brother John Gilroy is a film editor. Gilroy wrote for the films Freejack, Chasers, Two for the Money, The fall, City of Light, Real Steel, The Bourne Legacy, and Nightcrawler. He is writing the upcoming 2015 film Stan Lee's Annihilator. Gilroy also directed the 2014 movie Nightcrawler and executive produced 2005's Two for the Money. He also contributed to the unmade Superman movie Superman Lives.

Dan married actress Rene Russo in 1992 and the couple had a daughter in 1993. 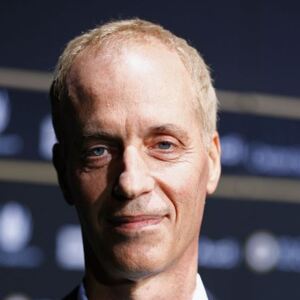