in Richest Celebrities › Directors
Dan the Dude Net Worth:
$50 Million

Dude Perfect net worth channel earnings: Dude Perfect is a sports and comedy entertainment brand that has a net worth of $50 million dollars. Dude Perfect consists of Coby and Cory Cotton, Cody Jones, Garrett Hilbert, and Tyler Toney. They are all former high school basketball players and college roommates at Texas A&M University. They are well known for their trick shots and also for their Stereotypes series which have averaged about 10 million views each. As of this writing they have more than 60 million YouTube subscribers and their videos have been viewed more than 12 billion times. One of their most popular videos, Ping Poing Trick Shots 2, has been viewed over 240 million times. Their most popular video, Water Bottle Flip 2, has been viewed more than 250 million times.

The group has broken several Guinness World Records. Their television series The Dude Perfect Show started airing in 2016 on the CMT network. Dude Perfect has also had a series of Face-Off videos featured on the Whistle Sports Network YouTube channel. 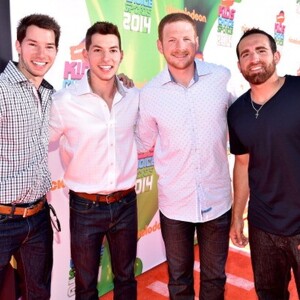