Damien Chazelle net worth: Damien Chazelle is an American director and screenwriter who has a net worth of $10 million. Damien Chazelle was born in Providence, Rhode Island in January 1985. In 2009 he wrote, directed, and produced the movie Guy and Madeline on a Park Bench. Chazelle wrote the film The Last Exorcism Part II in 2010.

He wrote and directed the short Whiplash in 2013 and the feature film Whiplash in 2014. Chazelle wrote the movie 10 Cloverfield Lane in 2016 and wrote and directed the film La La Land in 2016. He wrote the 2017 movie The Claim and directed the 2017 film First Man. Chazelle has won more than 60 awards including an Academy Award for Best Achievement in Directing for La La Land, Golden Globe Awards for Best Director and Best Screenplay for La La Land, and many more. He became the youngest winner of Best Director at 32 years old. His father Bernard Chazelle is a famous computer scientist. 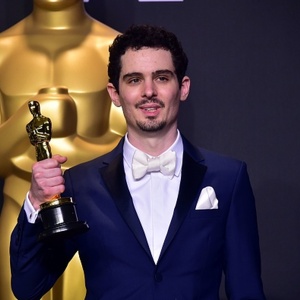