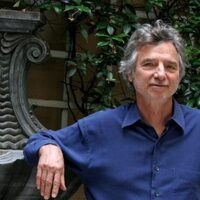 Curtis Hanson net worth: Curtis Hanson was an American director, producer and screenwriter who had a net worth of $10 million dollars at the time of his death in 2016. Born in Reno, Nevada on March 24, 1945, Curtis Hanson was best known for directing The Hand That Rocks the Cradle, L.A. Confidential, Wonder Boys, 8 Mile, and In Her Shoes. Curtis won an Academy Award for best screenplay for his work on L.A. Confidential. He became active in the entertainment industry in 1970. He actually dropped out of high school to work as a photographer and editor for Cinema magazine. It is said that Hanson took inspiration from Alfred Hitchcock and Nicholas Ray. Some of his first films included Sweet Kill, The Silent Partner, The Little Dragons, Losin' It, The Children of Times Square, The Bedroom Window, and Bad Influence. Unfortunately, Curtis Hanson died on September 20, 2016 at the age of 71.