Clu Gulager net worth: Clu Gulager is an American actor and director who has a net worth of $10 million. Clu Gulager was born in Holdenville, Hughes County, Oklahoma in November 1928. He has more than 160 acting credits to his name and starred as Billy the Kid on the television series The Tall Man from 1960 to 1962.

Gulager starred as Emmett Ryker on the TV series The Virginian from 1963 to 1968. He has starred in several films including The Last Picture Show, Winning, The Return of the Living Dead, McQ, The Killers, The Other Side of Midnight, Into the Night, I'm Gonna Git You Sucka, Piranha 3DD, Tangerine, Blue Jay, and more. Gulager directed the short A Day with the Boys in 1969 and the film Moments in 2012. He won a Western Heritage Award in 1966 for The Virginian and was nominated for a Cannes Film Festival Award in 1970 for A Day with the Boys and in 1987 for a Saturn Award for Hunter's Blood. He was married to actress Miriam Byrd Nethery Gulager until she passed away in 2003 and Tom and John Gulager are also actors. 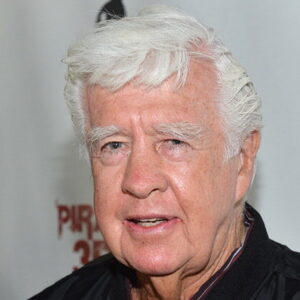