Clive Barker net worth and salary: Clive Barker is an English, author and director who has a net worth of $12 million. Clive Barker is probably most well known for his work in the horror genre. His primary work is as an author. Barker has written many novels and short stories over the years, with some of them, such as Hellraiser and Candyman, getting adapted into popular horror movie series. As a director, Barker has helmed Hellraiser along with serving as a producer on Candyman. He's also directed horror movies such as Nightbreed. Barker has largely remained a writer, however writing screenplays for movies such as Underworld and Rawhead Rex. His work in films is largely experimental, surreal, and avant-garde, which makes it all the more impressive that he's been able to amass such a cult following about himself. Another field that Barker has shown an interest in is comic books. In 1993, he achieved a lifelong dream of publishing a line of superhero comics when Marvel released Razorline, an imprint of comics based on Barker's detailed ideas and character designs. These comics, which included titles such as Ectokid and Saint Sinner, also managed to gain a cult following. 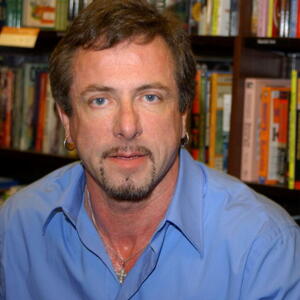