Chris Stokes Net Worth: Chris Stokes is an American record producer, manager and film director who has a net worth of $3 million. Chris Stokes started singing in groups and talent shows at 12 years old. His mother is actress Irene Stokes and his sister is hip hop and R&B singer Juanita Stokes. Chris produced Juanita's single "Mind Blowin'" in 1995.

Chris is responsible for discovering several acts including B2K, Brandy, IMx/Immature, Sevyn Streeter, Mila J, Jhene Aiko, and Kevin Mchale of the TV series Glee. Stokes is credited with helping shape the solo careers of Omarion and Marques Houston as well. He helped write and produce Destiny's Child album The Writing's on the Wall which went on to sell more than 17 million copies worldwide. He has written and produced all of B2K's albums. He also produced for Bobby Brown, Omarion, and Marques Houston.

He previously worked as Vice President of A&M/Interscope Records. Stokes founded the entertainment and music group TUG (The Ultimate Group). He wrote and directed the films House Party 4 and You Got Served and wrote, directed, and produced the films Somebody Help Me, Somebody Help Me 2, Battlefield America, No Vacancy, and Boogie Town. He also directed the movies 9mm, Battlefield America, and Time of the Month. In 2007 he launched a clothing and fashion line called Christopher Brian Collection. The line featured Kim Kardashian and its spokes-model. 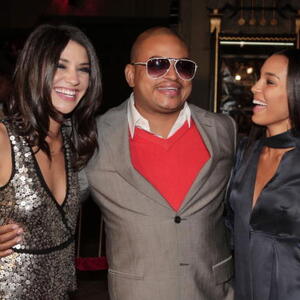