Chris Kratt net worth: Chris Kratt is an American educational nature show host who has a net worth of $1 million. Chris Kratt was born in Warren Township, New Jersey in July 1969. Chris and his older brother Martin Kratt created the children's television series Kratt's Creatures, Zoboomafoo, Be the Creature, and Wild Kratts.

Chris graduated from Carleton College with a Bachelor of Arts in Biology. He was an intern at Conversation International in Washing, D.C. in 1990 and then started the Carleton Organization for Biodiversity in 1991. Kratt was awarded the Thomas J. Watson Fellowship. Chris and Martin appeared in Creature Adventures in 2008 at Dollywood in Pigeon Forge, Tennessee. The brothers live together in Ottawa and opened their own animation studio where they film and animate for their series Wild Kratts. The Kratt brothers have written and produced the TV series Kratts' Creatures, Zoboomafoo, Kratt Brothers: Be The Creature, Be the Creature 2, and Be the Creature. They have been nominated for Daytime Emmy Awards for Wild Kratts for Outstanding Writing in an Animated Program in 2012, 2013, and 2014. Chris is married to wife Tania and has two sons and three daughters. 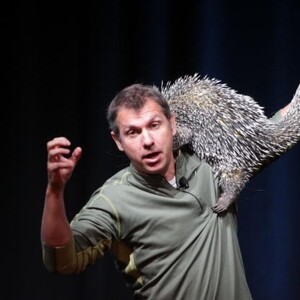