Casey Neistat Net Worth: Casey Neistat is an American director, producer, and YouTube personality who has a net worth of $16 million. As of this writing he has 12 million subscribers on YouTube and 3.3 million followers on Instagram.

Early Life: Casey Neistat was born on March 25, 1981 in Gales Ferry, Connecticut. He dropped out of high school at 17 and did not return. He left his family's home and had his first child, a son named Owen, with then-girlfriend Robin Harris in 1998 when he was just 17 years old. The three lived in a trailer park until he was 20 years old.

Early Filmmaking: By 2001, Neistat had picked up and moved to New York City after Robin had allegedly left him, and he found work as a bike messenger. Later that year, collaborating alongside artist Tom Sachs, he started working on movies about sculptures with his brother, Van. It wasn't until 2003 that Neistat started to make a name for himself. He created a short film, "iPod's Dirty Secret", that disparaged Apple's policy on replacing the batteries in iPods. It took less than a week for the video to crack more than one million views on the internet, leading to a media frenzy with coverage across a variety of outlets, including BBC News and "Rolling Stone Magazine".

In 2004, Casey and Van developed their own film series: "Science Experiments". Each film lasted 15 minutes and featured random experiments; the series was part of the 26th Sao Paulo Biennial and Creative Time's 59th Minute Program. In 2008, The Neistat Brothers struck an eight-episode TV series deal with HBO that premiered in 2010. The brothers wrote, directed, and produced "The Neistat Brothers", which premiered on June 4, 2010.

YouTube:  Neistat's first YouTube video, in 2010, was informing audiences on when and when not to pull the emergency brake cord on the New York City subway, criticizing the MTA for not making it clear when the cord should be pulled. Since 2010, Neistat has put out more than 80 informative YouTube videos, including one about Chatroulette and another offering stickers of two-dollar bills to his fans.

Other ventures: Neistat has directed several TV commercials for international brands, including Google and Samsung, and has delivered lectures around the nation. In 2012, Casey worked with Nike on "Make it Count", a video written, directed, and starring himself. The video opens with scrolling text that reads "Nike asked me to make a movie about what it means to #makeitcount. Instead of making their movie I spent the entire budget traveling around the world with my friend Max. We'd keep going until the money ran out. It took 10 days." Nike launched the video on their YouTube page on April 8, 2012. Neistat posted the video on his own page the next day and it went viral, gaining over 1.5 million views in the first three days. A number of media outlets praised the video for "going rogue" with its creative branding and outside the box thinking.

In 2015, Neistat worked with Mike Hackett to create a video sharing app called Beme, which enabled users to produce unedited four-second videos that were immediately shared and uploaded with the user's subscribers. Beme launched on July 17, 2015. In November 2016, it was announced that CNN had acquired Beme in a deal valued at $25 million. It's not clear if Casey had any other investors and what that deal value would be before taxes, but it was clearly still a very good payday for the YouTube star. CNN said they hoped the acquisition would help them reach more millennials while also strengthening their digital strategy. Hackett announced Beme would be shutting down on January 31, 2017, and one year later Neistat and Hackett severed ties with CNN.

In other ventures, Neistat also runs a creative coworking space called 368, and he and his wife have a podcast called Couples Therapy that started in May 2018. 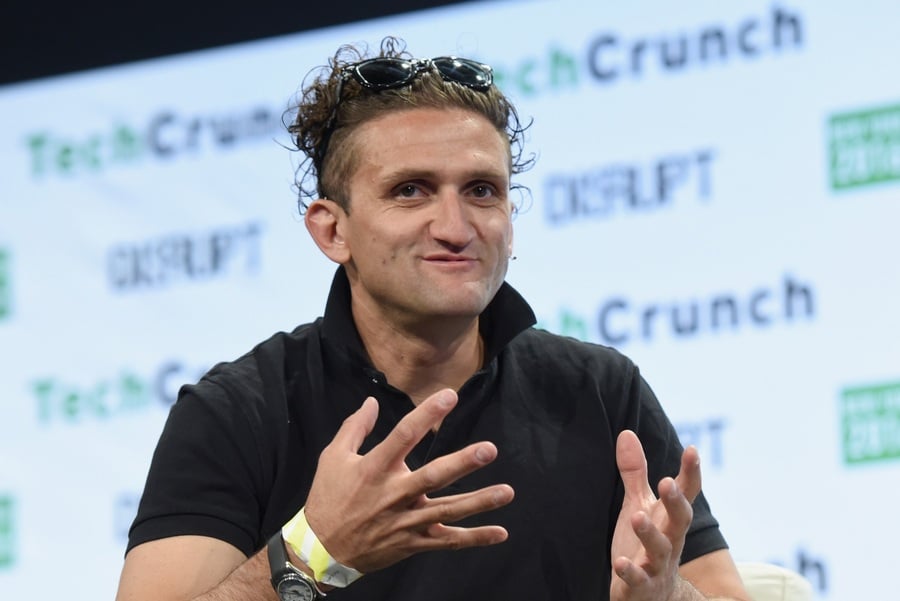 Personal Life: Neistat and Candice Pool eloped in 2005 in Houston, Texas. They annulled their marriage after one month, however, reconciled and got engaged in February 2013. They were married for the second time in Cape Town, South Africa on December 29, 2013. The couple has two daughters, Francine and Georgie, whom they are raising in the Jewish faith (as Neistat was raised.) The family left New York City for California in 2019. 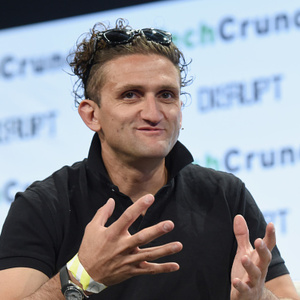