Fukunaga was quoted as saying he "began writing fictional stories and little screenplays when I was in fifth grade" and that he wanted to be a snowboarder early in his life. He got his first taste of the movie/film industry when he landed a spot as a camera intern and later applied to film school. He graduated from the University of California, Santa Cruz with a Bachelor of Arts in history in 1999 and attended Institut d'études politiques (IEP) de Grenoble. He then enrolled in New York University's Tisch School of the Arts Graduate Film Program. Fukunaga went on to direct and write short films to include Sin Nombre, which received a number of awards; Jane Eyre, which was nominated for an Academy Award for Best Achievement in Costume Design for Costume Designer Michael O'Connor and a 2012 Goya Award for Best European Film. It was also nominated for a 2012 BAFTA Award (Best Costume Design) and several other awards. He has also served behind the camera as a cinematographer on several short films and documentaries. He has been the recipient of several grants, including a USA Rockefeller Foundation Fellowship, the John H. Johnson Film Award/Princess Grace Foundation Fellowship and a Katrin Cartlidge Foundation bursary. 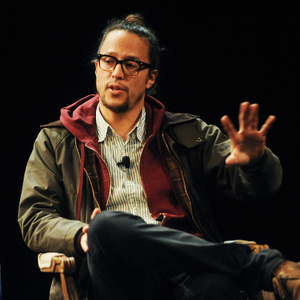