What is Cameron Crowe's Net Worth and Salary?

Cameron Crowe is an American film director, producer and screenwriter who has a net worth of $45 million. He is most widely recognized for his films, "Fast Times at Ridgemont High", "Say Anything", "Singles," "Vanilla Sky," and "Elizabethtown," and the Oscar-winning films, "Jerry Maguire and "Almost Famous". For "Almost Famous," he won an Academy Award for best Screenplay. He is the author of several books, and writes for Rolling Stone Magazine on a regular basis. Crowe has also directed a number of musical documentaries, including "Pearl Jam Twenty" and "David Crosby: Remember My Name."

Before starting out in the movie industry, Crowe was the youngest contributing writer in the history of Rolling Stone magazine. His experience at Rolling Stone became the basis for his future film "Almost Famous." After Rolling Stone left the West Coast for New York, Crowe stayed put and penned a book about his undercover high school experiences that was later translated on the big screen as the seminal teenage comedy, "Fast Times at Ridgemont High" (1982), for which he wrote the script. This early success was followed up with his feature debut as a director with "Say Anything" (1989), an unlikely mature and insightful teenage comedy that stood apart and atop from all the others in the genre. In the 1990s, Crowe went on to create critically and commercially hit movies like "Singles" (1992), "Jerry Maguire" (1996), "Almost Famous" (2000), "Vanilla Sky" (2001) and "Elizabethtown" (2005).

Cameron Crowe was born on July 13, 1957 in Palm Springs, California to James, a real estate agent, and Alice, a psychology professor and therapist who frequently participated in farm worker protests. The family moved around often when Crowe was growing up, spending much time in Indio before settling in San Diego. Crowe went to the University of San Diego High School, a Catholic school; frequently ill due to his nephritis, he felt alienated there. However, he did write for the school newspaper, finding his start in journalism.

By the time he was 13, Crowe was contributing music reviews to the underground paper the San Diego Door. He corresponded with music journalist Lester Bangs, who left the aforementioned publication to serve as editor of the rock magazine Creem. As a result, Crowe started submitting articles to Creem.

Crowe had his big break in journalism in the early 70s, when he was hired by Rolling Stone magazine editor Ben Fong-Torres to write for the publication. Additionally, he joined the magazine's staff as a contributing editor. For his first cover story, Crowe went on the road with the Allman Brothers Band, conducting interviews along the way. He went on to write heavily on a plethora of major rock artists, including Led Zeppelin, Yes, Neil Young, Rod Stewart, Linda Ronstadt, and Fleetwood Mac.

When Rolling Stone relocated from California to New York in the late 70s, Crowe chose to stay behind in the Golden State. Deciding to write a book, he came up with the idea of covertly posing as a high school student and writing about the experience. With a contract from Simon & Schuster, he moved back in with his parents and enrolled at San Diego's Clairemont High School to take on the project. The resulting book, "Fast Times at Ridgemont High," came out in 1981. A movie of the same name, written by Crowe, was released the following year; it went on to become a cult favorite with audiences, and launched the careers of such actors as Jennifer Jason Leigh, Sean Penn, Judge Reinhold, Nicolas Cage, and Forest Whitaker.

Following "Fast Times at Ridgemont High," Crowe wrote the screenplay for the pseudo-sequel film "The Wild Life," released in 1984. Five years later, he made his directorial debut with the teen romance "Say Anything…," starring John Cusack and Ione Skye. This was followed in 1992 by "Singles," starring Bridget Fonda and Matt Dillon. Crowe had his biggest hit yet in 1996, which saw the release of his romantic dramedy sports film "Jerry Maguire." Starring Tom Cruise, Cuba Gooding Jr., and Renée Zellweger, the film was one of the highest-grossing of the year. Moreover, it earned five Academy Award nominations, including Best Picture and Best Original Screenplay for Crowe. 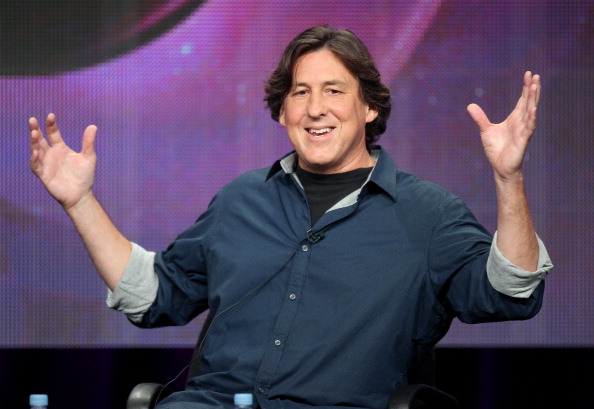 Crowe followed "Jerry Maguire" with another critical success: his semi-autobiographical coming-of-age dramedy "Almost Famous," released in 2000. Inspired by his experiences in the 70s with Rolling Stone magazine, the film focuses on a teenage music journalist who goes on the road with a fledgling rock band. For his screenplay, Crowe won the Academy Award for Best Original Screenplay. His next film was the 2001 psychological thriller "Vanilla Sky," which reunited him with Tom Cruise. Although it earned mixed reviews, the film was a box-office hit. Crowe subsequently wrote and directed the 2005 romantic dramedy "Elizabethtown," starring Orlando Bloom and Kirsten Dunst. His later credits have included the family dramedy "We Bought a Zoo," based on Benjamin Mee's eponymous memoir, and the romcom "Aloha."

Beyond fiction films, Crowe has directed a number of documentaries focused on music. His first, 2011's "The Union," looked at Elton John's creative process and the making of his 2010 album in collaboration with Leon Russell. The film also featured such musicians as Neil Young, Brian Wilson, and Robert Randolph. Also in 2011, Crowe released the anniversary retrospective film "Pearl Jam Twenty." His next music documentary, "David Crosby: Remember My Name," came out in 2019.

On the small screen, Crowe created the 2016 Showtime dramedy series "Roadies." Starring Luke Wilson, Imogen Poots, Carla Gugino, and Rafe Spall, it focused on an eccentric road crew working behind the scenes for the fictional rock band the Staton-House Band. Ultimately, "Roadies" was canceled after a single season. Crowe wrote and directed the series finale, as he had done for the pilot episode.

In 1986, Crowe married musician Nancy Wilson, famous as the guitarist and backing vocalist of the rock band Heart. The couple had twin sons, Curtis and William, via an egg donor in 2000. Crowe and Wilson eventually separated in 2008, with their divorce finalized in 2010.