Caleb Deschanel was born in Philadelphia, Pennsylvania in September 1944. He graduated from Johns Hopkins University, the USC School of Cinematic Arts, and the AFI Conservatory. Deschanel is a member of the National Film Preservation Board of the Library of Congress. He has worked on the films More American Graffiti, The Black Stallion, Being There, Let's Spend the Night Together, The Right Stuff, The Natural, The Slugger's Wife, It Could Happen to You, Fly Away Home, Hope Floats, Message in a Bottle, Anna and the King, The Patriot, The Hunted, Timeline, The Passion of the Christ, National Treasure, Ask the Dusk, The Spiderwick Chronicles, Killshot, My Sister's Keeper, Killer Joe, Dream House, Abraham Lincoln: Vampire Hunter, Jack Reacher, and A New York Winter's Tale. Deschanel has been nominated for five Academy Awards. He has won awards from the American Society of Cinematographers, Hollywood Film Awards, National Board of Review, and National Society of Film Critics Awards. 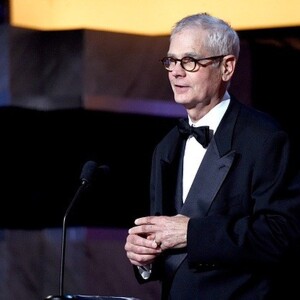