Burnie Burns net worth: Burnie Burns is an American filmmaker who has a net worth of $5 million dollars. Burnie Burns was born in Rochester, New York, and grew up in Houston, Texas. He went on to graduate from the University of Texas at Austin with a degree in Computer Science.

He began working for the student television station while he was in college, and became the founder and director of the longest-running student television program ever, called "Sneak Peak". He subsequently became the President of Network Partners, a tech support firm. He then formed his own company, Rooster Teeth. While in college, he became frustrated with the independent film distribution system, after he, and two of his college roommates, attempted to promote a film they produced themselves. He subsequently partnered with two fellow computer technicians to create a Mac Gamer Switch parody that went viral. They then created "Red vs. Blue". The machinima project was a smash hit, and he has since created, directed, and voiced a number of successful mini-series and promotional series. 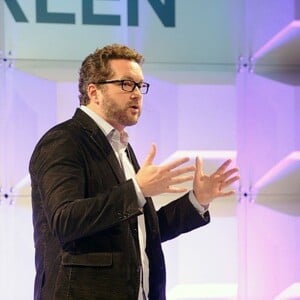