Bruce Paltrow net worth: Bruce Paltrow was an American television and film director and producer who had a net worth of $30 million at the time of his death. Bruce Paltrow was born in Brooklyn, New York in November 1943 and passed away in October 2002. He married Blythe Danner in 1969 and was the father of Gwyneth Paltrow and Jake Paltrow.

Bruce Paltrow executive produced the TV series The White Shadow from 1978 to 1981, St. Elsewhere from 1982 to 1988, and Tattinger's from 1988 to 1989. He also created and wrote the series The White Shadow and Tattinger's. He also wrote, produced, and/or directed the films A Little Sex and Duets as well as the TV movies You're Gonna Love It Here, Operating Room, High, Shirts/Skins, New Year, Fargo, and Big City Boys. Paltrow won a Directors Guild of America Diversity Award in 1997 and a Writers Guild of America Award for St. Elsewhere in 1987. He was nominated for nine Primetime Emmy Awards for St. Elsewhere and The White Shadow. Bruce Paltrow passed away on October 3, 2002 at 58 years old. 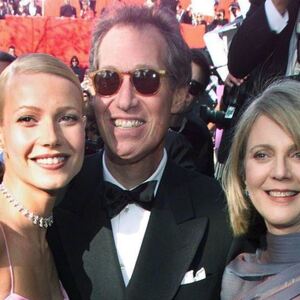